The first thing you realize looking at the Swiss*Tech ScrewZall is that this might just be the simplest, most effective tool you have ever seen. The second thing you wonder is why the heck didn’t you think of that? 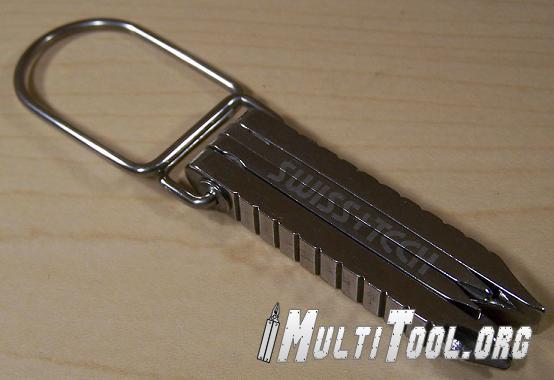 Perhaps the most tools in the least package

Little more than four small screwdriver bits riveted together and hung on a keychain, the Screwzall is perhaps one of the simplest multitools imaginable- even simpler than many one piece multitools! It consists of, as I said above, two standard sized screwdrivers and two eyeglass sized screwdrivers- a Phillips and a flathead in each. Similar to the Micro*Tech Plus, only without the plier head in the middle, the ScrewZall is riveted together with a hollow rivet, allowing a spring clip to pop into either side. This allows the ScrewZall to be used on or off the clip or even clipped to something like keys or a backpack, and be removed easily for use. The design is so simplistic, it’s sheer genius. 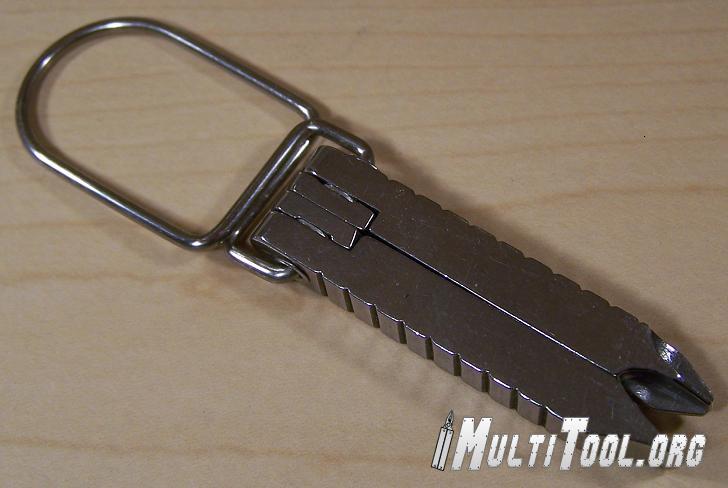 The Screwzall's backside is smoother than... a tool with things on it's backside!

It’s hard to really go into detail about this tool, as there really aren’t a lot of details to go into. The shafts on the “main” screwdrivers is about an inch and a half long, so it’s great for recessed screws. In addition, the opposite screwdriver can be positioned 180 degrees for regular use or 90 degrees for higher torque. The small drivers have about an inch of length in the shaft, and so are suitable for just about any recesses you’d need small screwdrivers like this for.

The outsides of the larger screwdrivers have a series of lines machined into them to provide a certain amount of grip, which is very much appreciated on a highly polished tool like this one. 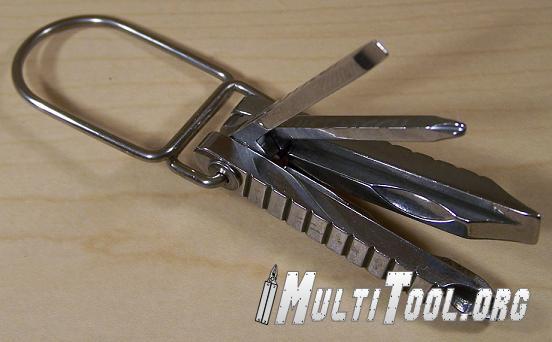 They don't come much simpler than this!

The drawbacks to this tool are closely related to it’s strengths. Because of the high polish that keeps it from rusting, it also suffers from the dreaded slippy screwdrivers. When all you have is one tool, and that tool isn’t perfect, it shows.

The other drawback to this is the simplicity, even though that’s also this tool’s greatest strength. This tool is four screwdriver bits stuck together and nothing else. It’s not all that handy in every day life beyond the need to tighten or loosen screws, which admittedly is a large part of any multitool’s job. However, when you need pliers, wire cutters, can opener etc, you are out of luck with the ScrewZall. It does make a decent sidekick for a more traditional multitool, but chances are if you have a full sized tool with you, the ScrewZall is pretty well redundant, except for those times when you need both pliers and a screwdriver. I could see this one paired quite well with the Leatherman FreeStyle , which has no screwdriver options. 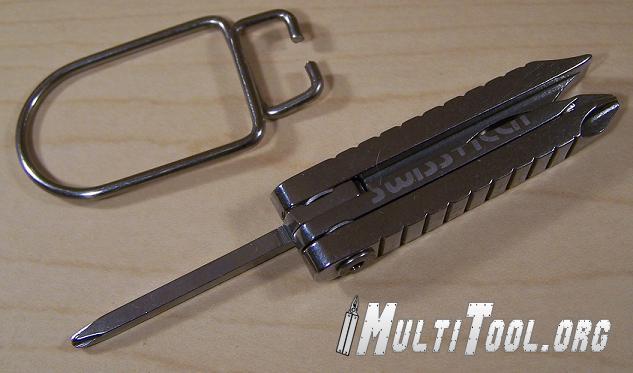 Unfolded, the screwdrivers have a significant amount of reach

Still, at the cost of the ScrewZall, and given that with no knife blade it should be acceptable almost anywhere (check local laws before suing me!) the ScrewZall is not a bad tool to have handy. It’s function may be somewhat limited, but the one time you need it, it will have paid for itself.

More in this category: « R&H pipe smoker's multi-tool Review Blackhawk HawkHook Review »
back to top
Interested in this or a different tool and still have more questions?
Why not join us over on the Multitool.org Forum where our community can help you find what you're looking for!