It wasn't a planned purchase. I didn't even know it existed until I saw it in the display case at the Brigade Quartermaster on Ft. Stewart more than a year and a half ago. I liked the idea of having a small tool to carry on my keys, since the Gerber MP600 I was issued was too big and bulky to carry out of uniform. I purchased the tool for around $20. It has been on my keys ever since. 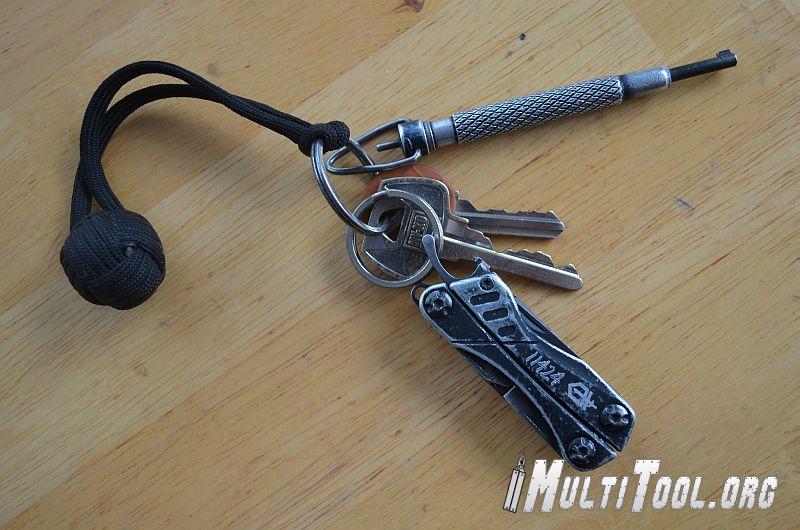 The tool is 2.75in in length, weighs 2.2oz and has 10 functions. The example I have is black. The finish has held up pretty well on the tools themselves, but the aluminum scales have suffered quite a bit of wear from rubbing against keys in my pocket. It doesn't bother me though. In fact, I really like the look. I don’t know if its due to the finish or not, but I haven’t had any rust issues with this tool.

The main tool on the Dime is a set of spring loaded needle nose pliers. They come to a very keen point, and can easily be used as tweezers. There is also a wire cutter portion on the jaws. The pliers are very useful, and have been tested multiple times. I will warn that they are not heavy duty, and can be damaged by putting too much force on the tool. I have twisted mine once. I can’t remember what job I was doing, but I remember that I was asking a bit much of the tool. Lucky for me they went back to shape. The A symmetric handle shape is quite ergonomic. I use the convex side against my palm and the bottle opener gives a little extra length, aiding in control. I can get 2 to 3 fingers on the concave side. 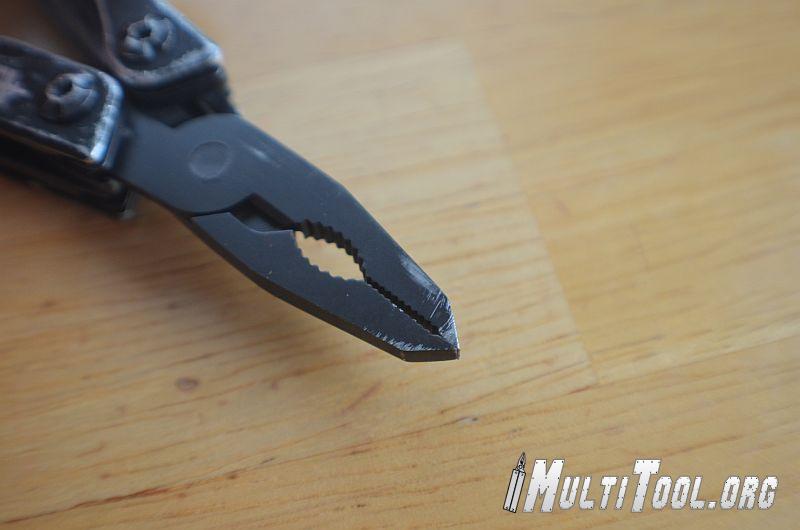 Easily the most used implement on the tool is the flat head driver. I use it as a driver, a pry bar and as a scraper. One down side to the flat head driver is its location on the hinge side of the tool. Because of this, it cannot be extended by half opening the tool as the Philips driver can. 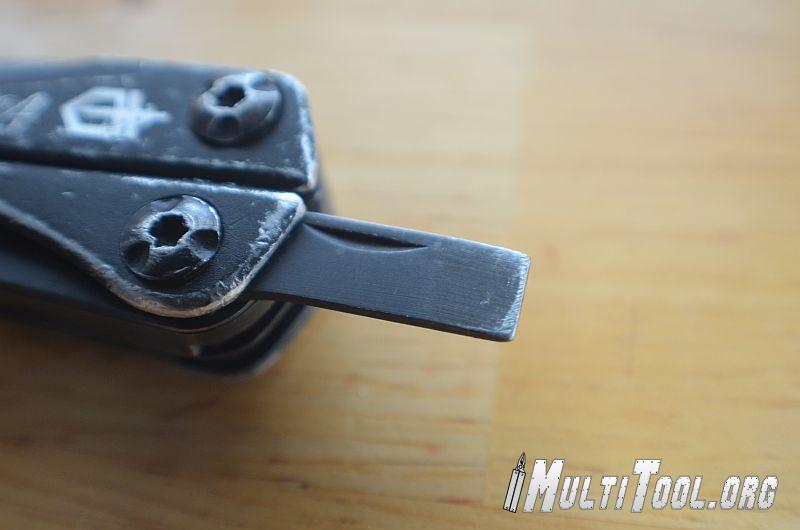 The Philips driver is acceptable, but not great. It is two dimensional, short and includes a file. Surprisingly it works fairly well when employed as a screwdriver, but still cannot compete with a proper Philips. The file may work for fingernails, but I have used it to smooth burrs on metal and it’s cutting ability has pretty much gone away. It’s placement on the tool is nice, as it can be extended by unfolding half of the tool to reach deeper set screws. 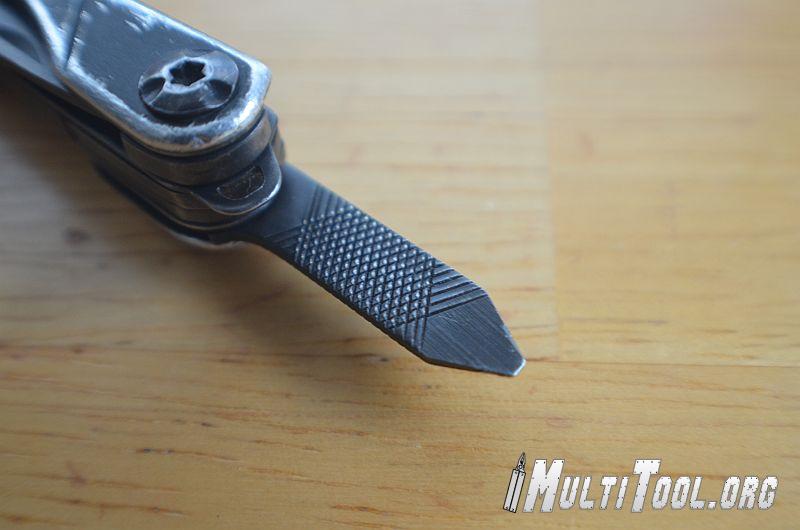 The scissors are/were quite good. They have cut everything: paper, strings, zip ties, tape, small wires, 550 cord and more. The “Thumb Ramp” of sorts is about double the thickness of the jaws and keeps things comfortable when used. I didn't realize how much I used them until the spring broke a few weeks ago. Originally I thought the spring just wore out, but when cleaning I found a small crack near it’s base. I have contacted Gerber about this, and they told me to send it back for warranty repair. 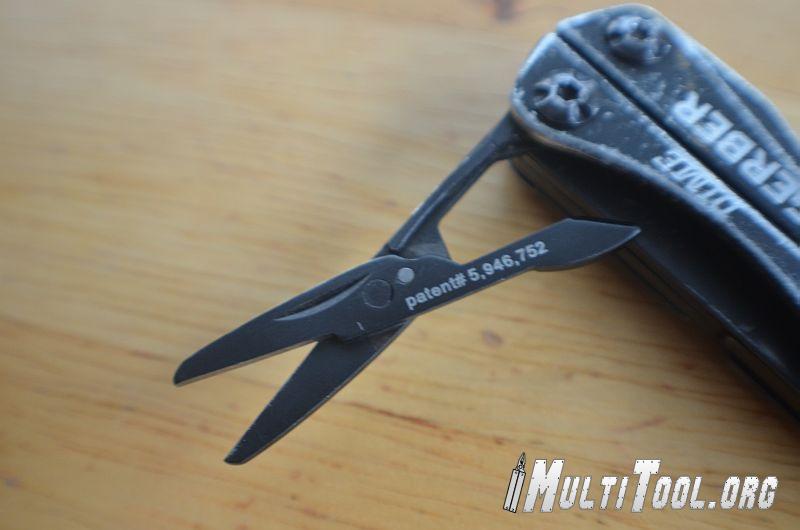 The second most used tool is the knife blade. I carry a Waved Spyderco Endura 4 as my primary EDC knife. It is purely for emergency defensive work and I never cut anything with it. When I need a cutting edge, I use the Dime. I have never had anything to cut that the Gerber couldn't handle. The blade is a short, sheep’s foot style with a double bevel edge. It is made of 3Cr13 steel, but touches up nicely and holds enough edge to get me through my day. I have cut cardboard, fabric, tape, paper, wood, plastic and just about anything else you can think of with it. 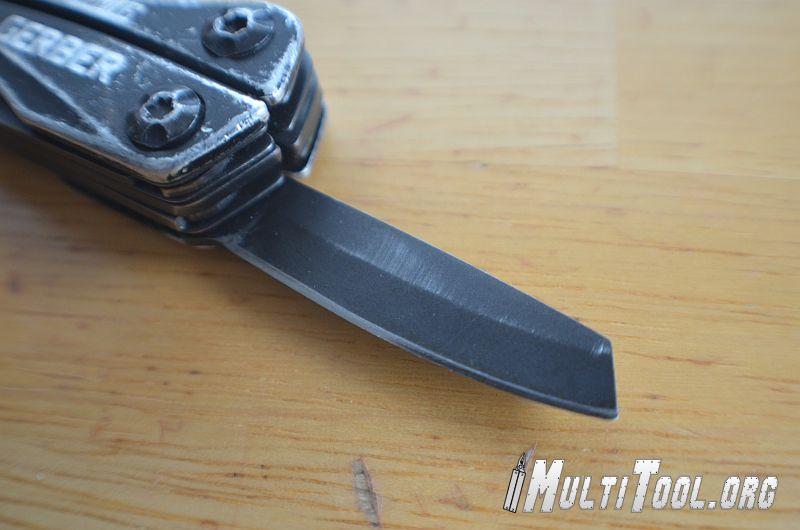 A unique tool is the package opener. It has a finger choil area so you can choke up on the tool and keep it from folding during use. It makes quick work of clam shell packaging. It is very useful and I expect this implement will be showing up on more and more multi-tools as time goes on. It should be noted that this tool is not original to Gerber. It showed up many years ago in Schrade multi-tools. 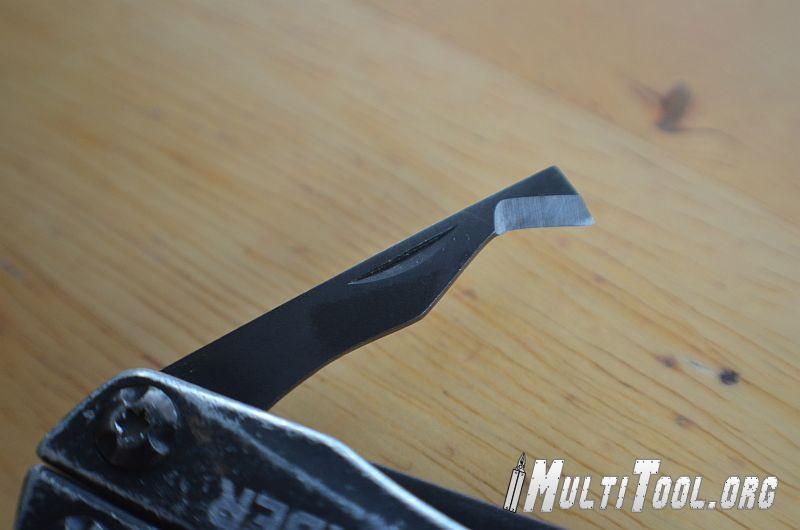 The bottle opener. What can I say? It works. I really like the fact that it doesn't have to be opened to use; it’s always out. Running the key ring through it as I have slightly obscures it, but it still works. I do this because I accidentally broke the small ring the tool came with. Most all of the beer I drink requires an opener, so it has come in handy. 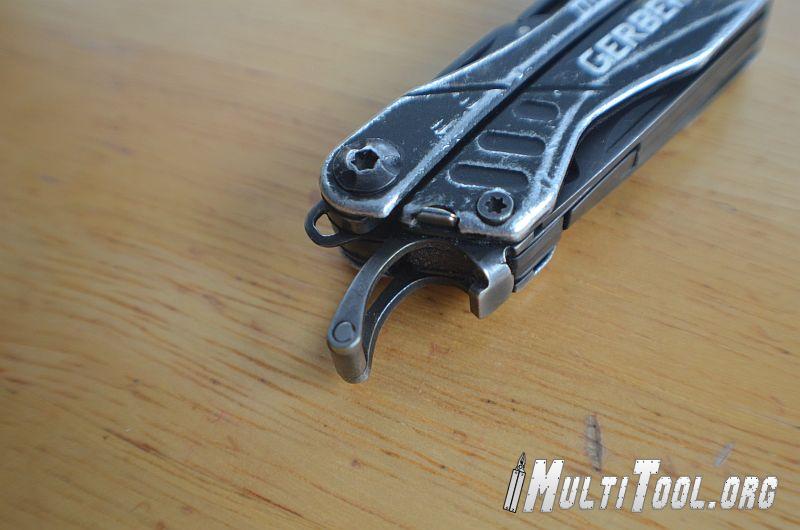 Oh, tweezers! Near the bottle opener is a tweezers stashed under the scale ala SAK. I can’t say much about them aside from they work. I use them quite often at work testing illegal substances. I haven’t ever used them to pick out a splinter because the pliers work good enough at that. 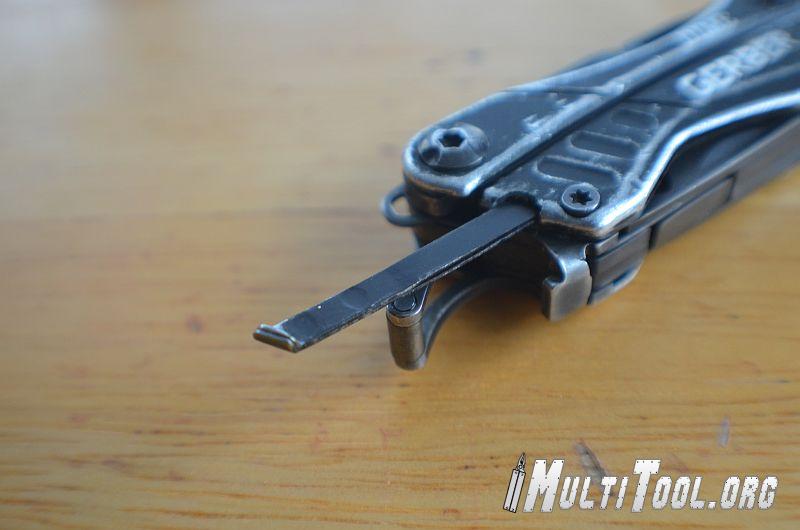 All implements aside from the pliers are accessible without unfolding the tool. Nothing on the tool locks, but the springs are secure without being too tight- Everything opens easy enough. I will be sending it back to Gerber for warranty repair on the scissors and I plan to replace it with a Leatherman Squirt PS4 while its away. After carrying that for a while, I’ll try and figure out which one I like best. Either way, this tool has more than paid me back for it’s price and I highly recommend it. If you need a small, light, tough little tool, the Dime might be right for you. Thanks for reading. 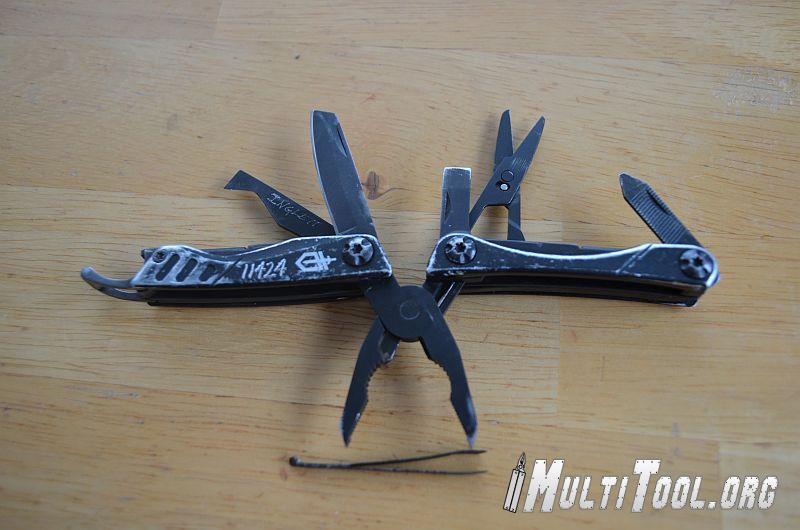 More in this category: « Gerber Curve Review 2014 Gerber Mini Suspension-P Review »
back to top
Interested in this or a different tool and still have more questions?
Why not join us over on the Multitool.org Forum where our community can help you find what you're looking for!