I recently picked up a Gerber Solstice that was on sale, and I have to say, it is kind of a neat little tool. It is what would result in the mating of a Leatherman Micra and a SwissTech MicroTech at first glance. My curiosity was piqued after seeing it in a recent article in Knives Illustrated magazine. (“The Key To Being Prepared” by Abe Elias, October 2006)

The Gerber Solstice is a pretty decent addition to a key chain. It combines scissors, a flathead screwdriver, phillips driver, can opener and bottle opener all in one convenient tool. There are a number of similarities to the SwissTech MicroTech key chain tool such as the sideways folding handles and the screwdrivers integrated into the ends, plus the blocky steel construction. 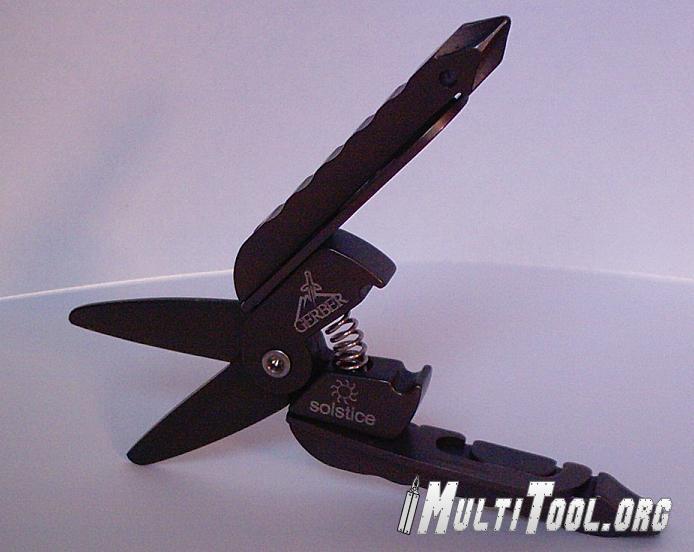 The Solstice scissors are quite impressive

The big difference is that the SwissTech has pliers, while the Solstice is based on scissors. The scissors are at least every bit as good as those on the Leatherman Micra, perhaps even more robust. They make you feel like you could cut just about anything with them, and that’s a good thing. I successfully cut some vulcanized spacer material with it, and the handles were quite comfortable while the jaws sliced quickly and cleanly. This is one great set of scissors. One thing I don’t care for with this design is the spring which has a nasty habit of firing the scissors open once the handle is out of the way. This has almost caused me to drop the tool a few times when I went to use it. Definitely not the tool you want to grab if your hands are wet or you are wearing gloves.

I have to say that I was surprised at how well the scissors performed, and still more surprised that the bottle opener was actually quite decent too. Gerber can openers have always been functional enough, and this one is no exception, but I haven’t met a Gerber bottle opener that I felt was any good yet. As you can see from my Gerber Clutch review, the bottle opener was barely functional and that put it one step ahead of the bottle opener on the Gerber 600 full sized multitool (review coming soon!) which didn’t work at all- in fact it was so bad, the handle kept it from even hooking the cap! Not so with the Solstice however. This is a larger, better thought out cap lifter than the ones on either the 600 or the Clutch, although it does also lack the screwdriver ends on either of those. That’s a moot point though, as the flathead screwdriver normally stuck on the end of a bottle opener is on the end of the handle instead. 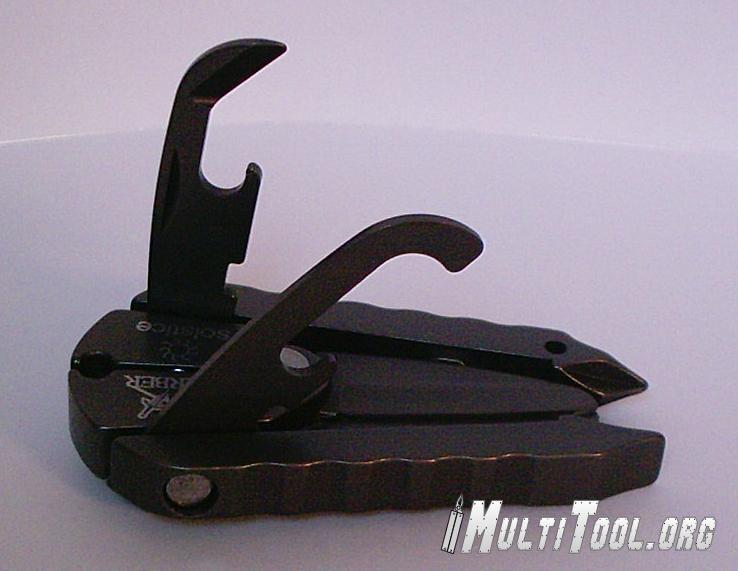 One more neat feature is a small hole drilled in one of the handles, right below the phillips screwdriver for a key ring. There is also a small hole in between the handles which opens when the tool is opened, allowing it to lock onto your keys when closed. The benefit of the first small hole is that you can permanently tie it down, which is great in case you are using it around water and don’t want to lose it while cutting something.

All in all, this is one of the better representations from Gerber. It is still not the perfect key chain multi in my opinion, but as I have said before, I am still looking for that one. Of course Gerber has dropped this model from their lineup and replaced it with the ShortCut, which is similar to the Clutch, only with scissors rather than pliers. 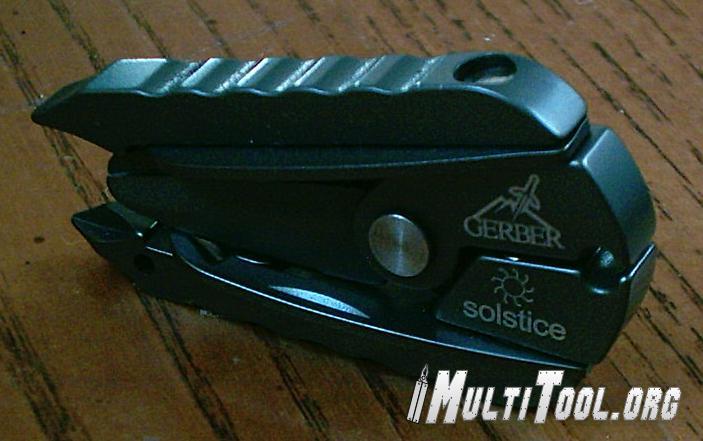 The Solstice is a worthy addition to any collection, especially now that it is discontinued

More in this category: « Gerber Clutch Review Gerber Fisherman Multi-Plier 600 Review »
back to top
Interested in this or a different tool and still have more questions?
Why not join us over on the Multitool.org Forum where our community can help you find what you're looking for!