I recently had the opportunity to purchase a Gerber Clutch for so good a price, it would have been criminal not to. So, being the law abiding citizen I mostly am, I got one- more than one actually, things like this are great presents for forgotten birthdays and stocking stuffers at Christmas.

At any rate, I have some experience with Gerber multitools, and while they are decent enough, I have rarely been as amazed with them as I have been with multis from other manufacturers. Perhaps it was because my expectations of an inexpensive Gerber were not terribly high, but I found this little multi to be pretty darned impressive, right out of the clam package.

Of course the first thing I noticed was that lock up on this thing was tight! Strong enough to make my Leatherman Micra seem like a serious lightweight! This thing has some serious snap, always the sign of something well made- cheap stuff with that much tension usually doesn’t last long!

The pretty red handles are textured, rather than the usual smooth handles found on many other multitools, which I find greatly helps to get a grip on this tiny tool. Another thing that helps is the cutouts in the handles- normally these cutouts decrease the weight, but I don’t know how effective it is for that in this case. Instead, they definitely help get a hold on it, which is great in a humid atmosphere like where I live. This model also comes in grey, although I only have the red ones. The grey model has the same tool selection from what I have seen. Sizewise, it is similar to the Leatherman Squirt series, which places it a little bigger than the Micra, but a little smaller than the Juice series. 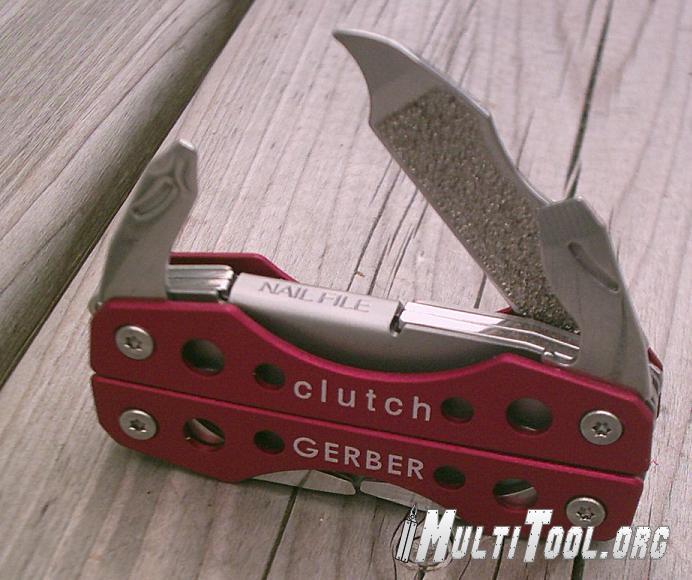 The tool selection is fairly simple, consisting of a phillips driver, cap lifter/screwdriver and nailfile on one side and tweezers, eyeglass screwdriver and a blade on the other. Unfold the pliers and you have a small but respectable set of long nosed pliers with a tiny set of wire cutting teeth at the base of the jaws. Initially I thought this was a pretty tiny set of wirecutters, but then when I thought about it, you probably wouldn’t want to cut any thick gauge wire with such a small tool, so the 1/8 inch cutters are quite adequate. In addition, the whole thing appears to be held together with torx screws, which would allow one to disassemble the tool for cleaning, replacement of broken tools. I’ll let everyone know how well that really works out when I get brave enough to try it! 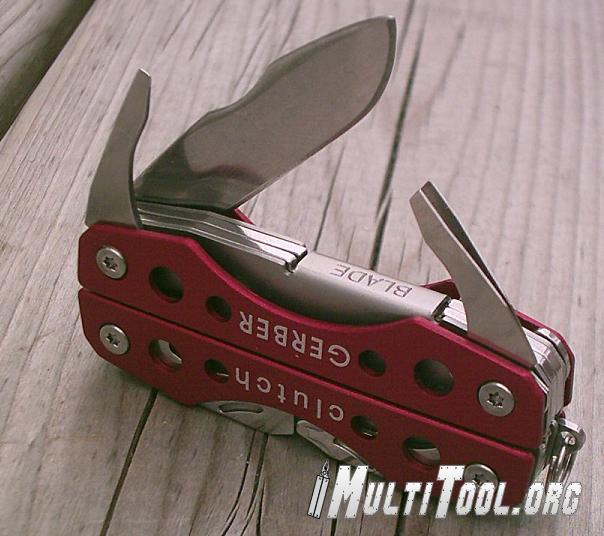 An interesting feature, and one I have only seen once before (on the BuckTool) is that the handles are labelled. The nail file says “NAILFILE” and the blade side says “BLADE” which I think is an exceptional idea since the spines of the two tools look identical. Other than remembering which tools are on which side, you are likely to select the wrong tool at least 50% of the time without it.

The first thing I did with this small tool was to attach a clip to the lanyard ring, which I am happy to say, doesn’t fold. Anyone reading reviews by me in the past knows that I don’t quite understand the need for a folding lanyard ring, but that’s a rant for another time! At any rate, given the red handles of this multi, I attached a red clip from Rotokid to make it easier to carry. I found that it rode comfortably hung from a belt loop on my regular shorts or jeans, or, for a more discrete carry, in the watch pocket of my jeans. It would also disappear quite nicely in a pair of work slacks, but fortunately I don’t have to wear those often! 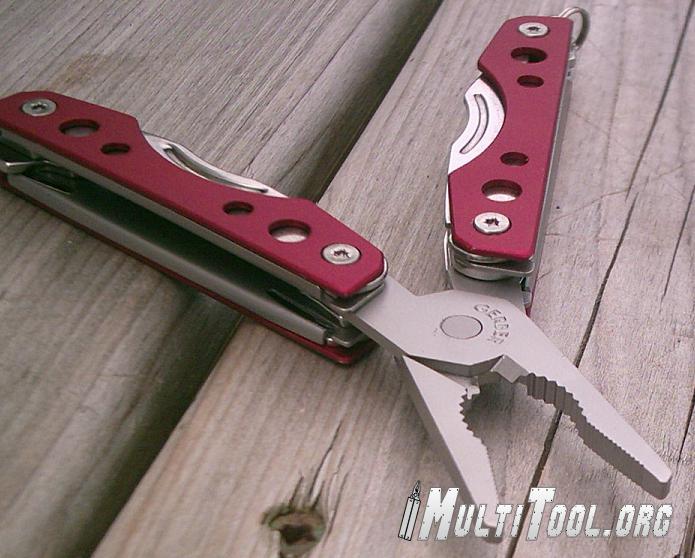 The few times I have used it so far, it seems to have held up quite good. This tool is not without it’s shortcomings however. I am not overly fond of the texture, nor the width of the nail file, and the bottle opener is functional, but not as effective as it could be. This should not come as much of a surprise to anyone who has read my bottle opener shootout article at SOSAKOnline since the Gerber tool scored the absolute lowest score there. This bottle opener is better than that, but not by much. The phillips screwdriver is flat- it will work on phillips screws, but it is pretty much just a pointy flathead. Lastly, the tweezers also fall into the functional, but barely so category. They’d serve well in a pinch, but I’d prefer to have a SAK, Leatherman Squirt or a dedicated set of tweezers with me for splinter removal duty.

I am really digging for issues on this little tool. Overall, I’d give it pretty good marks, despite it’s shortcomings, especially given the price of it. MSRP on it is $23.50 but it can be had for around $20 or less if you shop around.

More in this category: Gerber Solstice Review »
back to top
Interested in this or a different tool and still have more questions?
Why not join us over on the Multitool.org Forum where our community can help you find what you're looking for!