So imagine you're at a fancy dress party, and there is a big plate of hors d'oeuvres sitting on the table. But alas, there are no more forks! "Darn." You think to yourself, but you remember you have your trusty sidekick, Leatherman Flair on your belt! What can a Leatherman be any good to you at a fancy dinner party anyway? Well, let me show you. 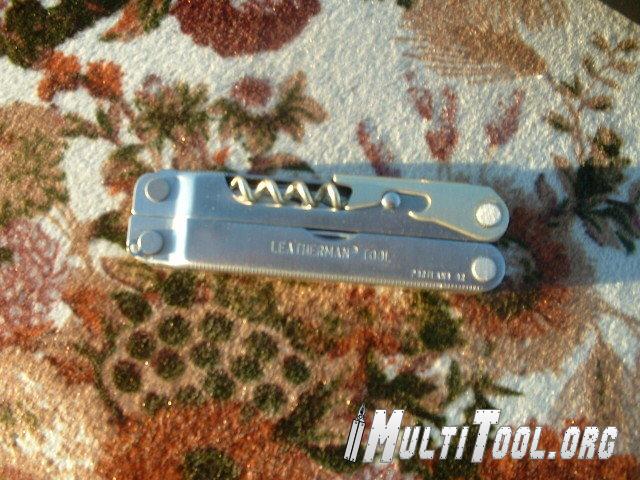 The Leatherman Flair is certainly a unique design to come out of this company. From the outside, it looks like a everyday normal PST, except with a corkscrew. But lets open it up. 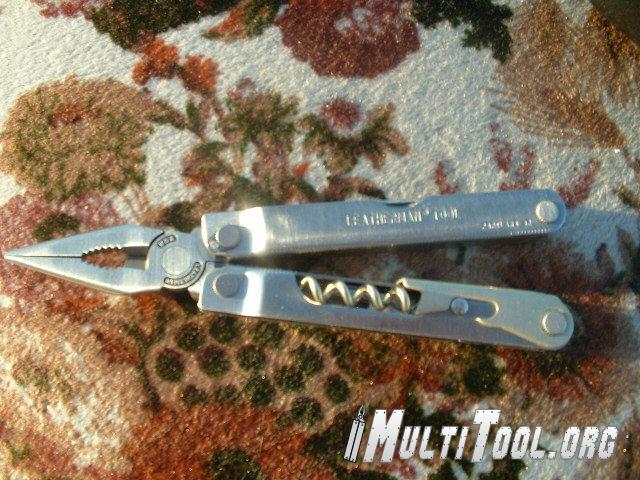 Still looks like a PST... lets fan the blades. 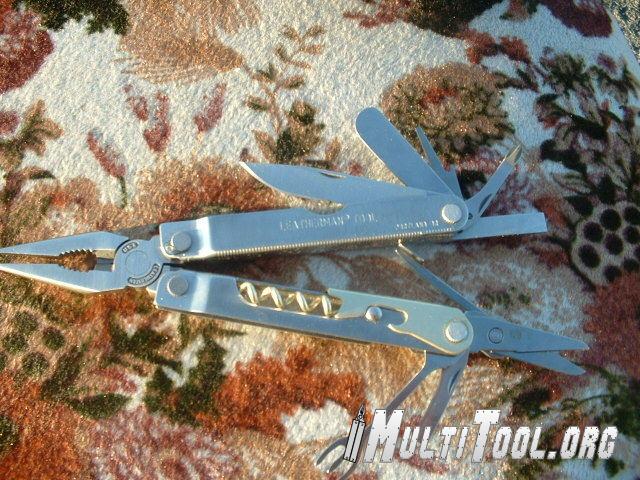 This is where it differs from the PST. Tool selection is quite different. The Flair houses a Clip-point combo blade and scissors, a la the PST II , along with a large, medium, and extra small flathead screwdrivers, phillips screwdriver and (here's where we get weird) a cocktail fork and spreader knife! First, lets discuss the cocktail fork. 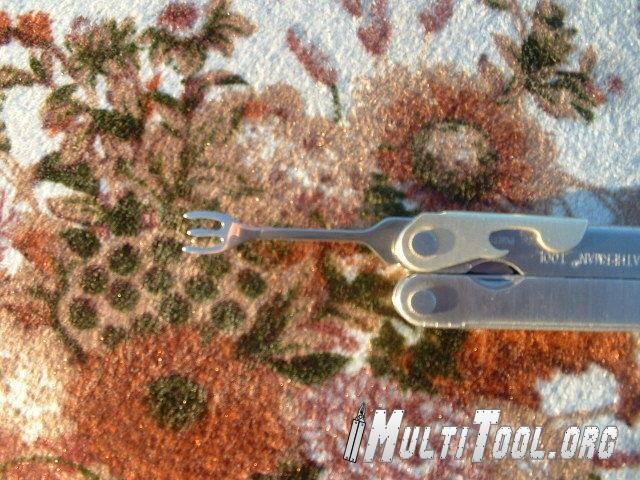 Kinda scrawny, huh? Well, this isn't meant to be used to eat a steak! It's just meant for picking up delicious goodies, without using your hands and minding your etiquette. I don't suggest using this to eat tonight's dinner with. 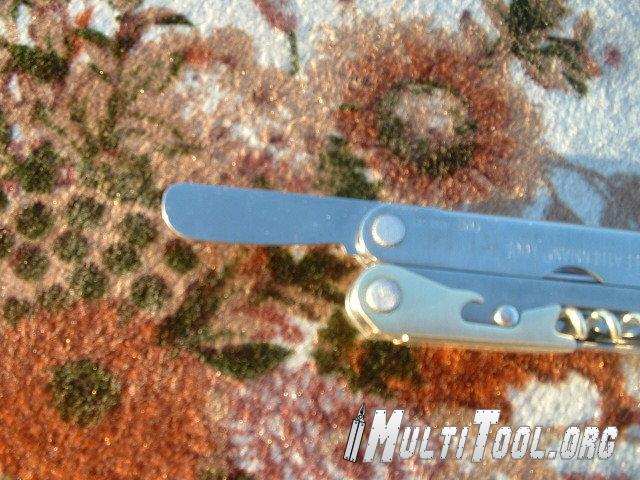 This is the spreader knife. It kinda looks like the blade on Victorinox's "My First Victorinox" except really short and stubby. I've tried using this, and I got less then spectacular results. Mostly, it's to show to you're buddies and try to make them guess what it is. 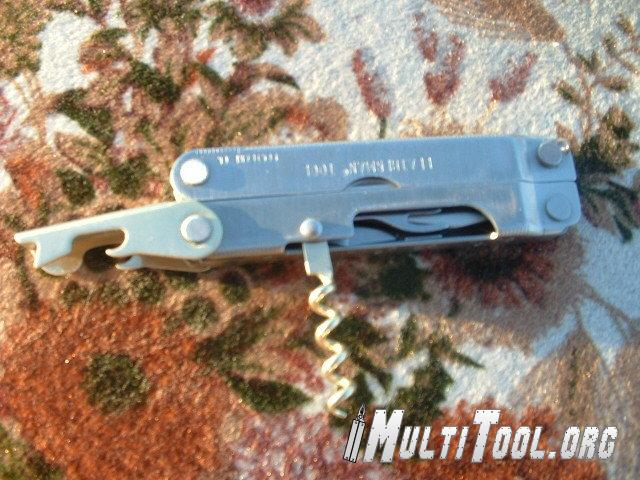 This is also the first Leatherman model to feature outer accessing blades, and the predecessor to the Juice series. The Flair is the first model to feature a corkscrews, which the Swiss manufactures had been doing years prior, and combination Bottle opener/Can opener/Corkscrew assist. The bottle opener is definitely one of the best I've used. My first attempt at using the corkscrew and assist, I also got less then spectacular results, but that's just chalking it up to me not being much of a wine drinker. I'll bet it works really amazing if you know what you're doing. 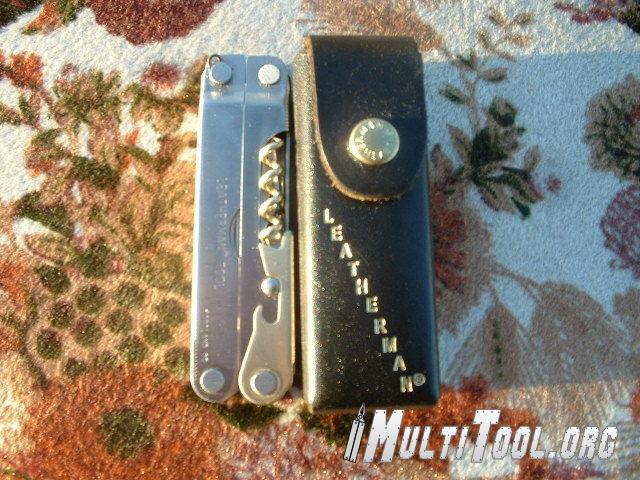 The sheath it came with is an old style brown leather sheath that came with many of the other old models. Leatherman should have stuck with this design, as I think it's still the coolest around.

All in all, the Flair is a showpiece, and since it's now retired, kind of a collectors item. It was nice that Leatherman experimented with different features, but the Flair just isn't a practical tool, especially for an EDC. But hey, it's still cool as the Fonz.

More in this category: « Leatherman Genus Review Leatherman Charge Ti Review »
back to top
Interested in this or a different tool and still have more questions?
Why not join us over on the Multitool.org Forum where our community can help you find what you're looking for!