Finally arrives today, so I'm posting the first impressions I have, haven’t used the tool yet.

First thing I noticed was that the TTI was a lot smaller and lighter than my surge that I previously owned. That is one of the reasons why I wanted to sell the surge and buy one of the smaller tools because I would find the surge uncomfortable when in plier mode since the handles were so wide, didn't make them difficult to grasp as such, but the smaller length and width of the TTI handles are more comfortable. 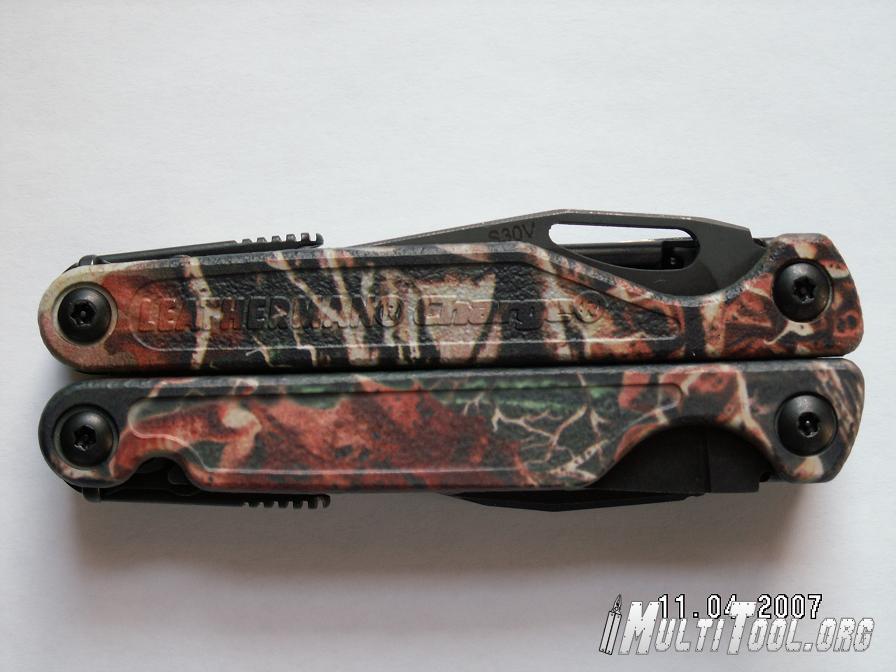 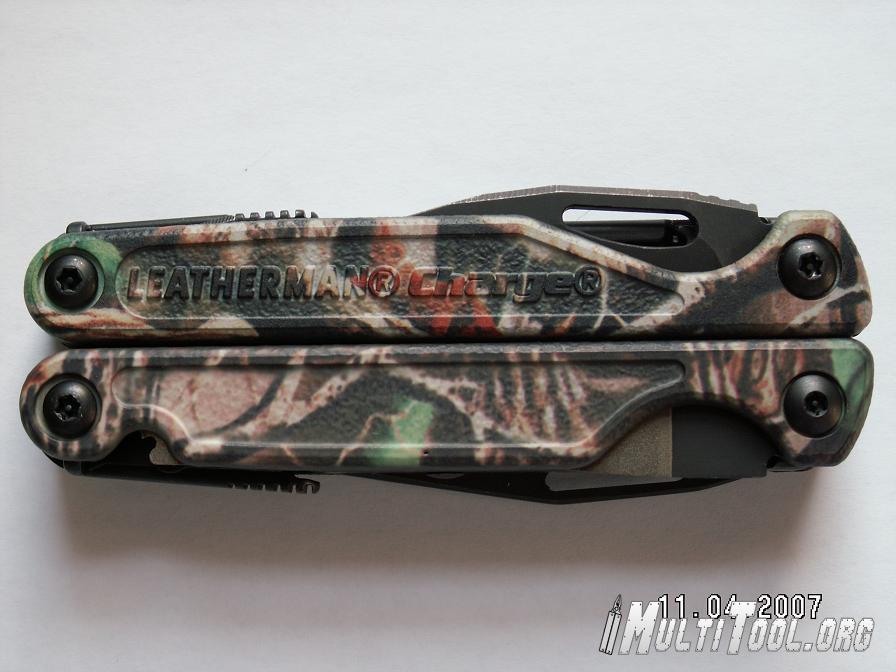 I was surprised by the scissors. They are not as disgusting as I thought they would be. The surge has brilliant scissors, large heavy duty ones on the outside of the tool. This is one of the hang-ups I had about getting the TTI, since one of the tools I use the most are the scissors. The fact they are on the inside is definitely a disadvantage for me, especially with the way they are layed out when closed in the handle (they are fully open). This is really something LM needs to improve IMO, they should be in the closed state at all times except when in use, since otherwise their blades are exposed, and you can cut yourself if not careful when taking them out, or putting them back into the tool handles. Having said this I am pleased with how sturdy they feel for such small scissors, and with their very sharp cutting edge. Overall I knew this was a problem with the TTI, so I'm not disappointed, but really wish LM will sort out a good solution for scissors on their 4 inch multitools. 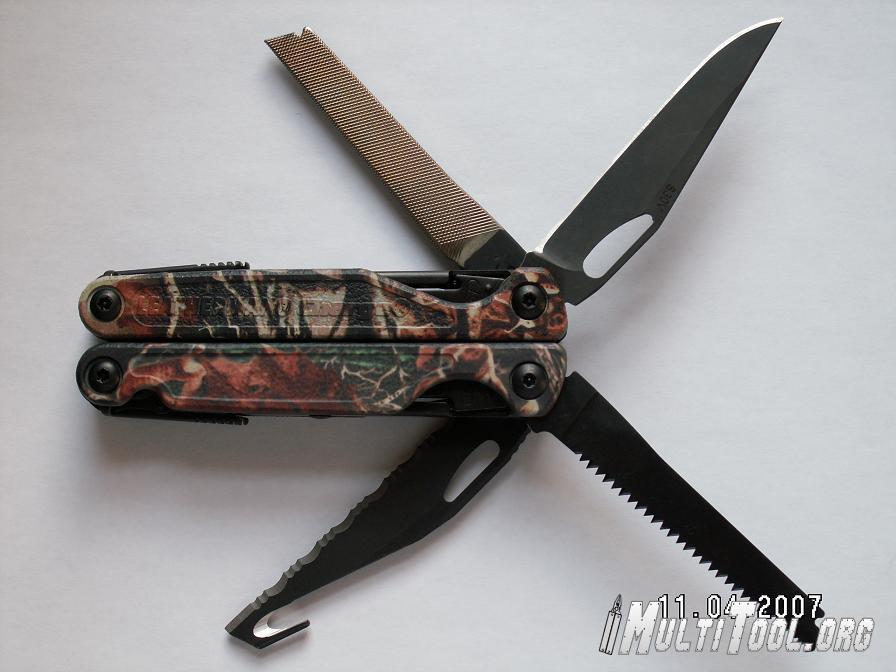 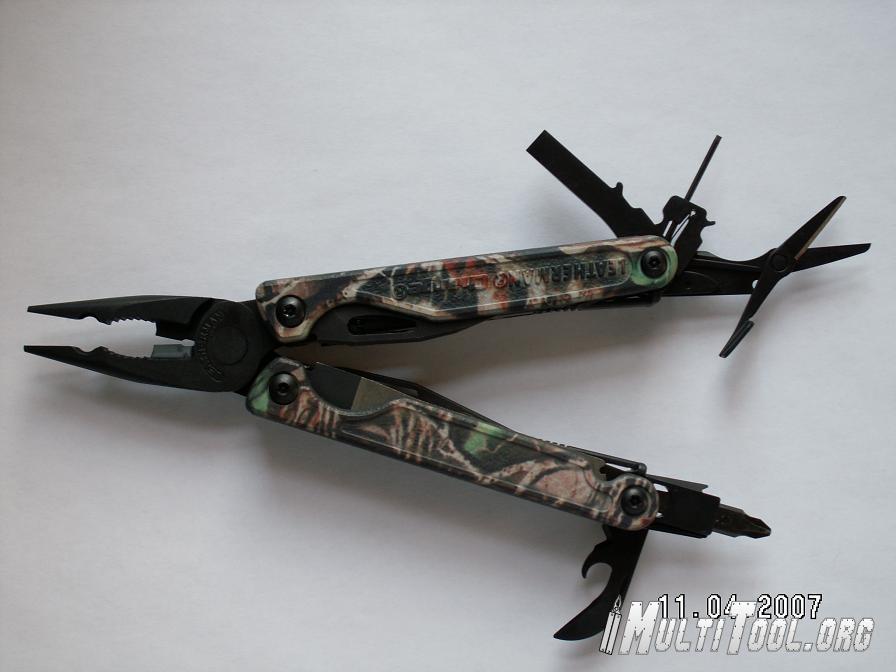 I have heard lots of criticism of the second small bit driver on the TTI (and whatever other multitool it is on) which holds a very thin bit with a tiny Phillips head on one side, and flat headed screwdriver on the other. Apart from the complaint that it possibly takes up the space of a more useful tool, I like it. In the past whenever I have had to tighten or loosen a tiny screw, the major problem I have always had was finding a screwdriver small enough. Therefore I think it is quite convenient to have both Phillips and flat headed tiny screwdriver on the multitool. Of course, this does still leave the issue of it taking up space another tool might have. Until J-sews showed what an awesome awl can be made to fit into the bit driver, I would have preferred an awl, hopefully soon that won’t be an issue. 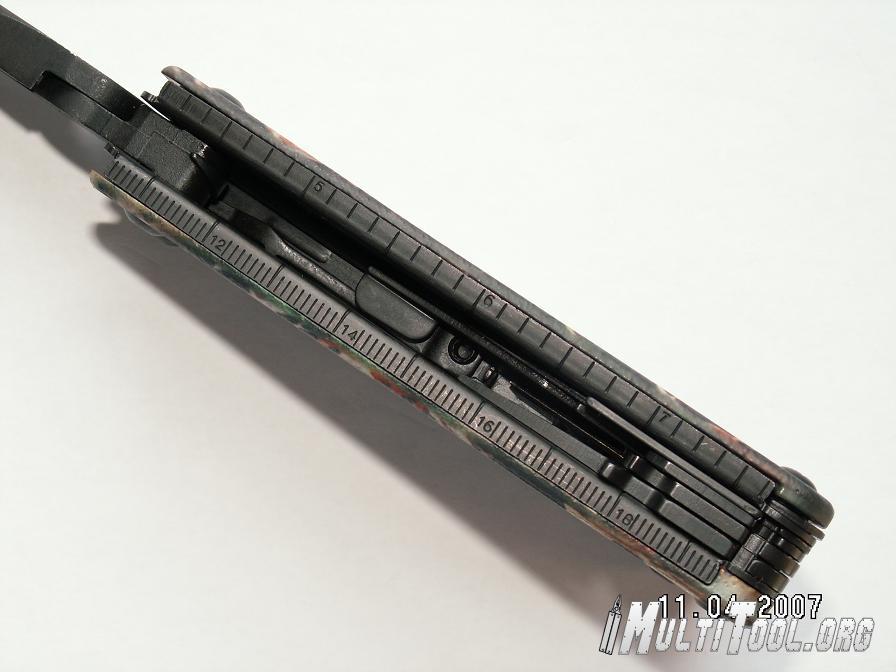 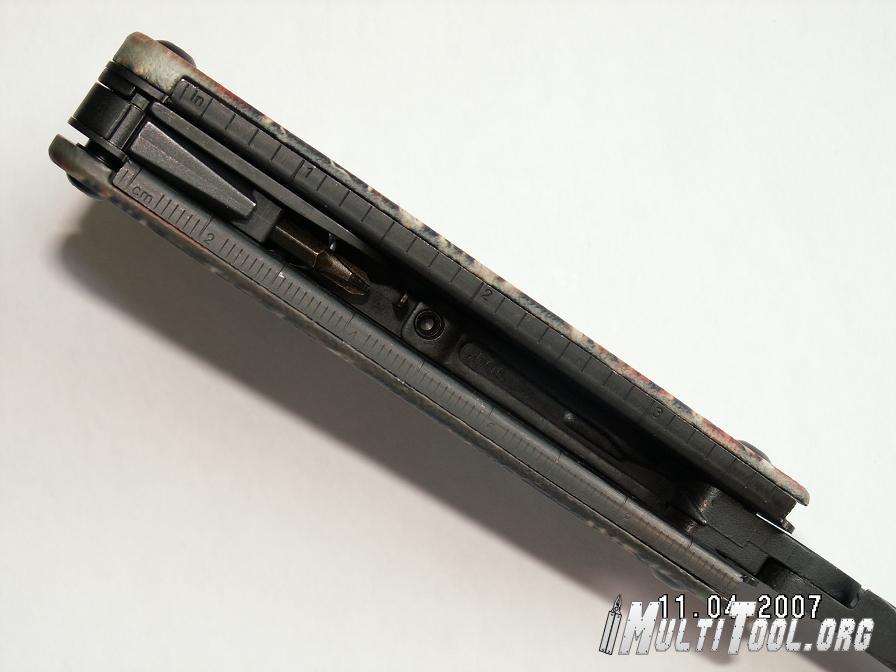 Maybe it’s just because the tool is new and the inner tools are quite stiff and difficult to take out, but I have not had any clumping occur yet as I did with my surge. All the tools come out by themselves, if this changes as the tool loosens up remains to be seen.

Now I come onto the most obvious worrying aspect of the TTI I encountered as soon as I took it out of the packaging and tried opening the outside tools. The liner locks on this thing are pitiful. By this I don’t mean their strength as locking implements, I would think they are actually very strong in this respect since the width of the liner lock in contact with the knives or files is as wide as the tool itself. I believe that on the surge the liner lock was around half the width of the tool end, so I believe these are stronger locks. However, what I am talking about here is the ‘placement’ of the liner lock on the base of the tool. What I would want is that when the tool is opened fully, the lock snaps into place and rests against the edge of the tool end nearest the handle so there is no way it can slip and the tool can fold.

On the TTI this was the case with the plain edged knife. The liner locks on the saw and file were ok, not perfect, but they came about halfway. The lock on the serrated knife is just plain crap. I find this hard to explain (hopefully the photos I also post will help explain what I’m saying) but it doesn’t even fully enter the space beneath the tool, so I believe there is a real danger of the lock slipping out and the knife folding.

Now the reason why this angers me so much is because it just shows real poor QC at LM. Every review of the TTi I have read has said this, I hoped it was to do with specific TTIs that people had received whereas most were fine, maybe that is still the case, but I have one which has the same problem. Surely this is something which should be very carefully checked? If someone was to cut themselves due to the liner lock slipping, couldn’t they sue LM? 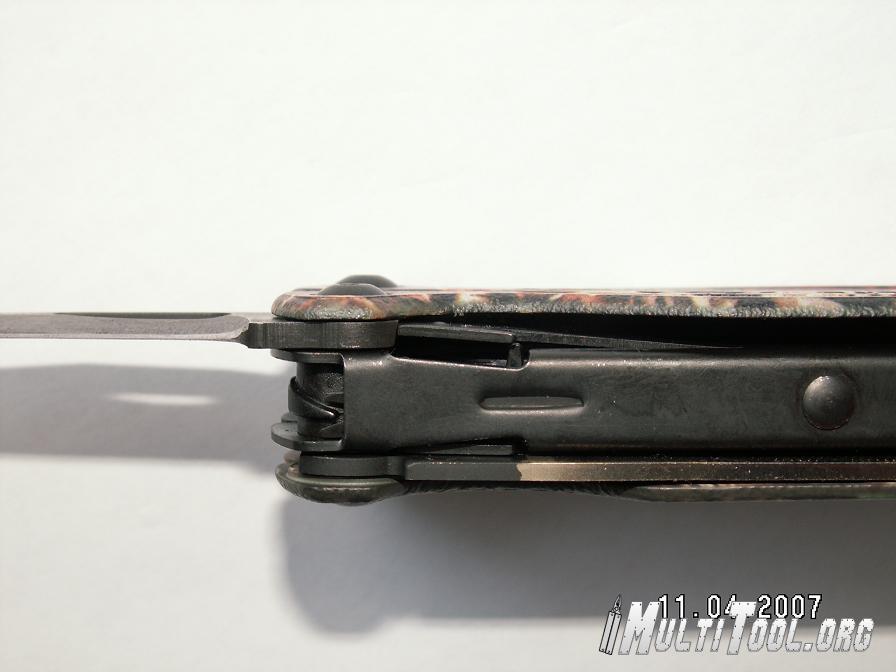 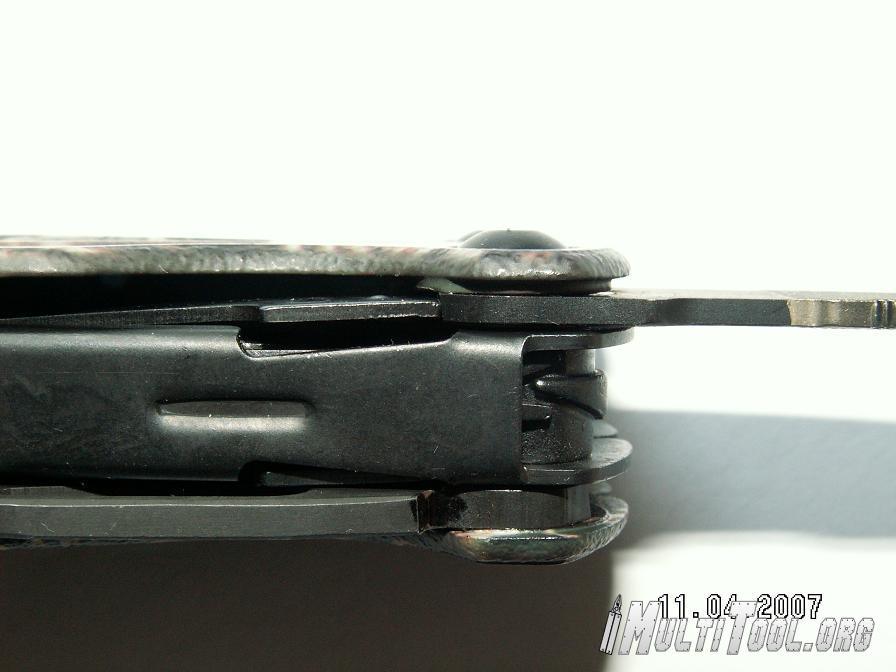 Anyway, I thought about how I could remedy the situation so it stopped irking me and decided to start forcing the liner locks as far as they could go (i.e. right up against the handle) with the screwdriver on my small SAK, pushing the liner lock back into the unlocked position, rinsing and repeating. I figured that the reason why the liner locks weren’t clicking into the right positions was because they were slightly too long, and the ends of the tools are slightly tapered (maybe the angle is too great on some). By continuously opening and closing the locks they were being scraped against the bottoms of the tools they were meant to hold open. This should very slowly slightly wear them to allow them to eventually open into the correct position. I have spent a little time doing this already and on the saw and file it has worked well, the liner locks snap open to a greater degree, as they should have done in the first place. The lock for the serrated knife is going to take a lot of work (unless I can figure out another way to do this), it really is bad, and I will not be using the knife until I can get this issue sorted, it is just too dangerous I feel. 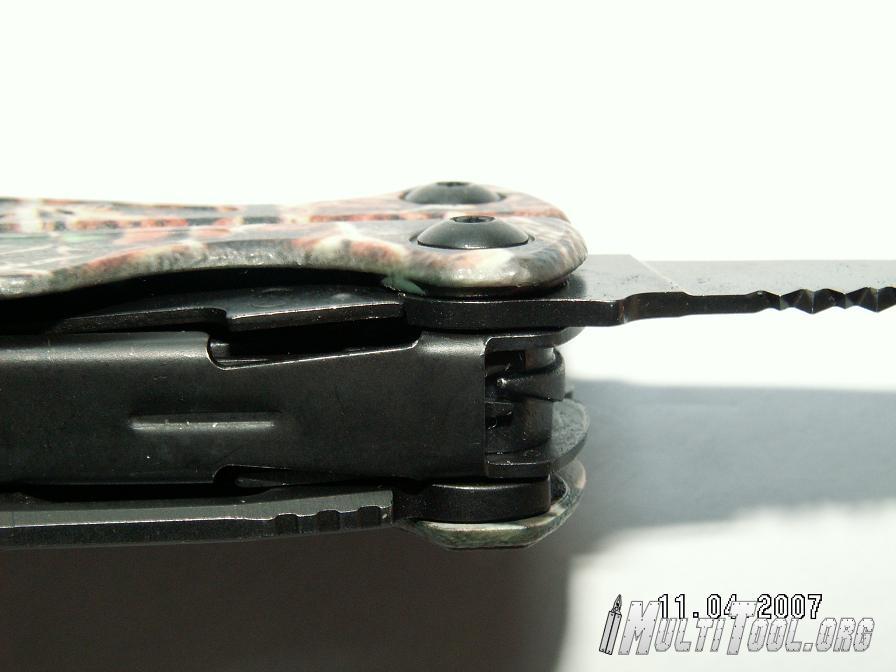 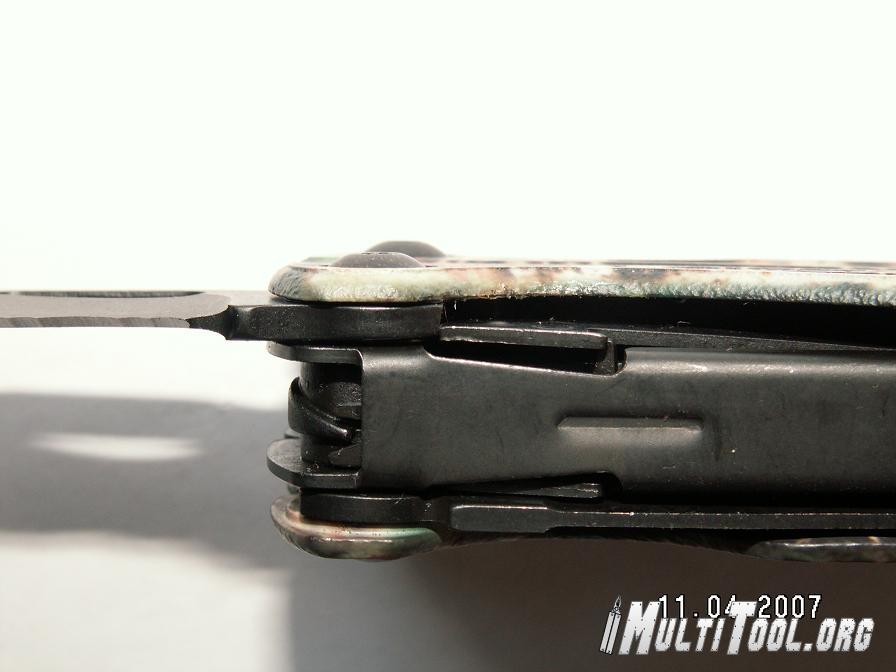 Anyway, I’m sorry for the way I’ve rambled on instead of being concise; I have tried to explain in words what would be quite easy to do if talking to someone face to face. I can’t quite figure out what kind of terminology to use for the place the liner locks lock into. As I use the tool more I’ll post some more impressions and photos.

This is not to say that I have not fallen in love with this tool. It is absolutely stunning looking and the only fault I have found with it so far is the liner lock issue. Hopefully I’ll get this solved though. Feels like an awesome bit of kit in your hand, I really love the design of having the two knives, saw and file on the outside, rest on the inside, it makes the tool look elegant IMO. I am glad I spent the extra money to get the paint job on this thing, the camo handles and black implements look awesome.

More in this category: « Leatherman Blast Review Leatherman Squirt P4 Review »
back to top
Interested in this or a different tool and still have more questions?
Why not join us over on the Multitool.org Forum where our community can help you find what you're looking for!