When you first see this tool, all you can think of it “wow.” This is one of the most massive multitools you are likely to encounter in life and that’s something you will be glad for! Based on the 120mm Ranger Series Wengers, the SwissGrip is likely to be one of the most effective plier tools available. 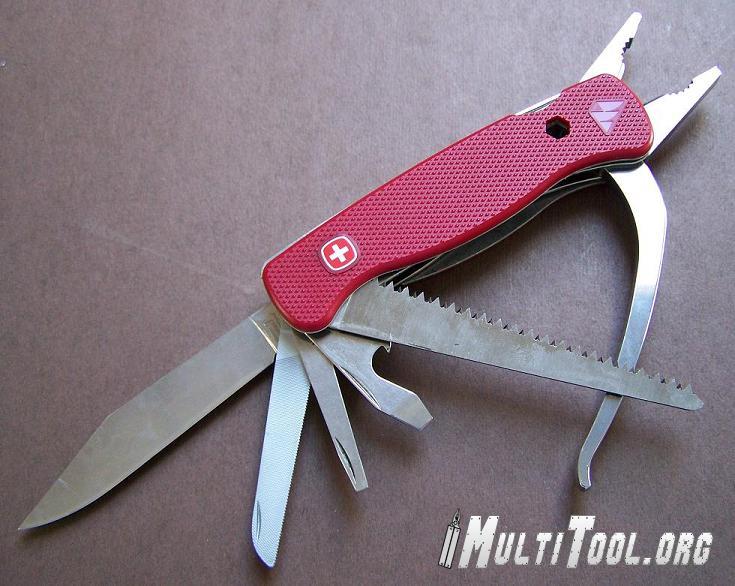 The SwissGrip’s greatest strength and probably biggest drawback is the non folding pliers. The upside is that they are stronger than any other multitool plier heads because they are a permanent fixture. The downside is that they don’t fold away and so add some bulk to the tool, taking up a very large section of real estate on your belt. 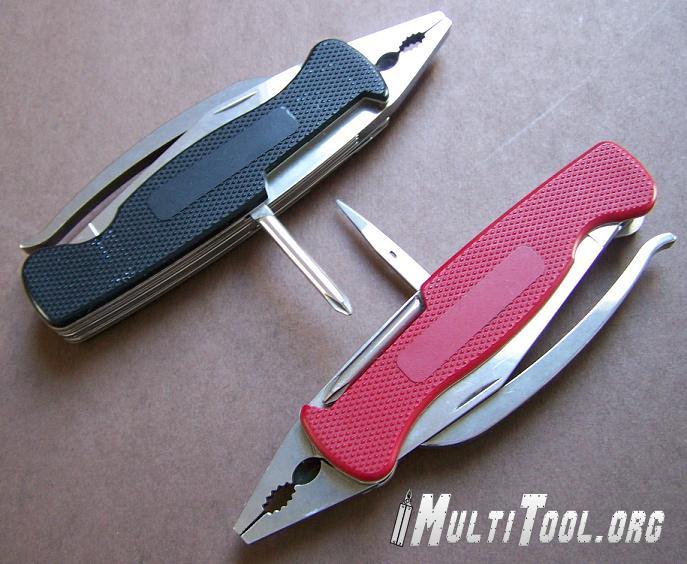 The plier head itself is also of note as it isn’t the standard “do it all” type needlenose style pliers. These are blunt nose pliers that just scream sturdy enough to hold back a cigarette boat at full burn. They also incorporate the standard wire cutters, but no extra section for hard wire since it would likely be unnecessary. These cutters will snap almost anything that fits in them.

The tool complement is adequate, but not as extensive as one would expect from such a large tool. Tucked away inside the handle you find a large clip pointed blade- and I do mean LARGE- it has been described on our forum as a “folding machete!” The blade is held open by a standard type liner lock and feels quite sturdy. I doubt anyone would have to be concerned about this thing folding on them. Complimenting the blade is also one of (if not the) largest wood saws you are likely to ever see in a pocket sized tool. Both the saw and the blade are standard size for the Wenger 120mm series and they are both impressive. Other included tools are a metal saw/file, flathead screwdriver and bottle opener with integrated flathead screwdriver and wire stripper. On the backside you find a typical SAK type reamer and phillips driver. 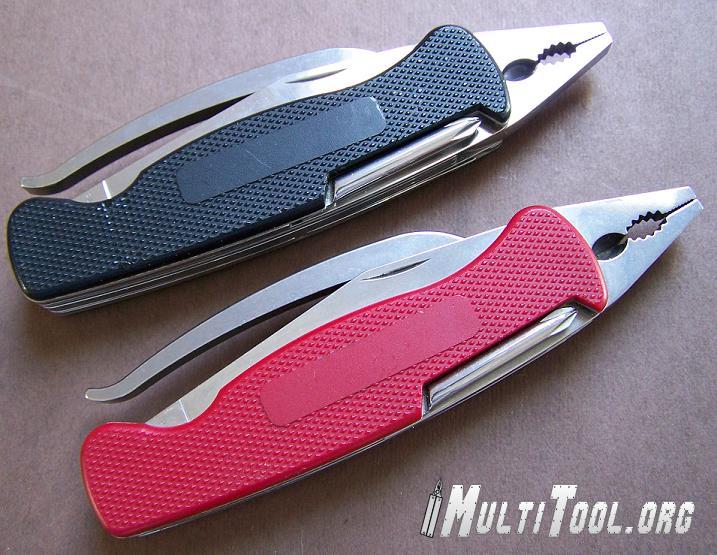 You will know from other reviews by me that I often see flathead screwdrivers as a “cop out” for manufacturers, in that they show a lack of imagination on many tools. Wenger on the other hand has raised the flathead screwdriver to an art, and they deserve an entire article to themselves. I’ll just touch on it briefly here. Wenger has developed a patented system that locks the screwdrivers in place when any pressure is applied to them. The are not “locking” tools in the way we normally use the term since the lock isn’t a separate mechanism that needs to be disengaged. The tools sink into the handle when pressure is applied, locking them open, then when the pressure is released, they return to their normal position, allowing you to simply close them like any other slip jointed tool. This is an amazing system, and a very welcome addition to anyone who has ever had a folding screwdriver close on their fingers. 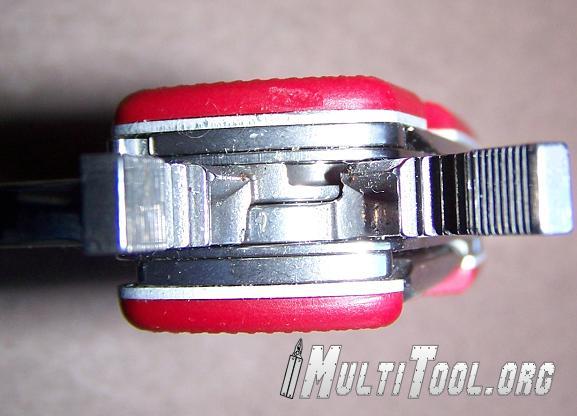 In addition to the lock mechanism, the dedicated flathead on the SwissGrip has another important feature. It serves as a base for the adaptor head, which allows the use of any standard hex shanked screwdriver, available at hardware stores everywhere. This allows you to customize the screwdrivers that you carry with you, which is a great option here in Canada as the robertson head screw is popular here but virtually unheard of everywhere else in the world. This is also good for anyone finding that they need other specialty bits like Torx bits. The SwissGrip comes packaged with two different sizes of phillips bits and a flathead, and the sheath has smaller pockets to accomodate them. 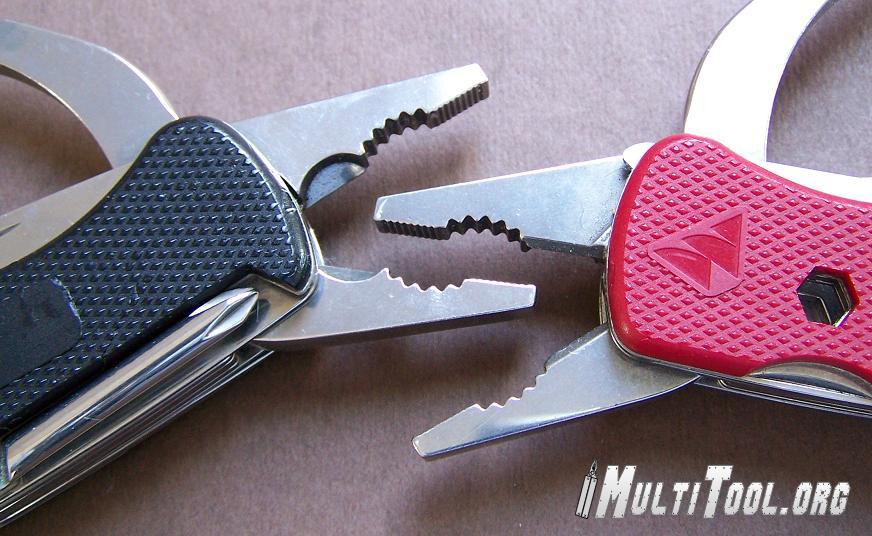 And, if you are dealing with an amazingly tough screw, there is a slot in the side of the tool that also accepts longshanked hex bits, allowing you to convert the whole tool into a T-handled screwdriver, allowing an amazing amount of torque and a comfortable grip to overpower all but the toughest of screws. Wenger doesn’t screw around when it comes to screwing! 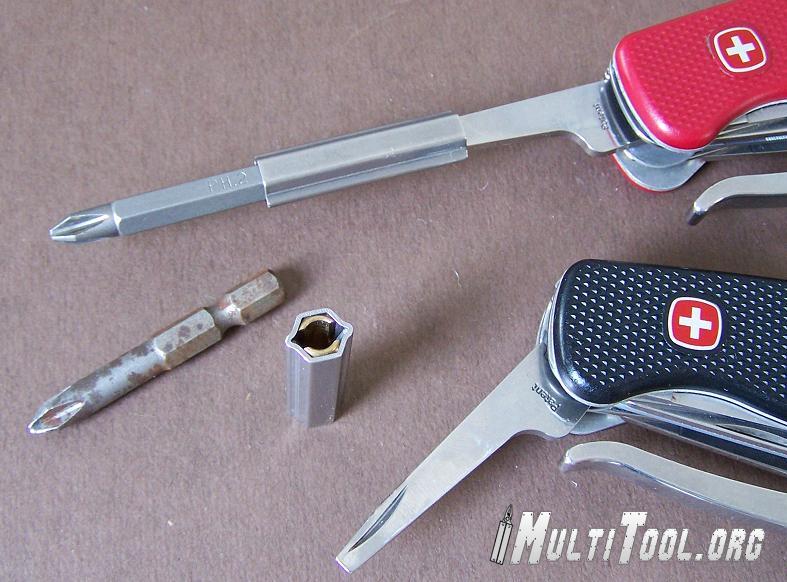 Unfortunately, Wenger doesn’t normally import these tools to North America as the cost (retail of about $125.00) places them much higher than US made tools like Leatherman. Of course, many US made tools have increased the limit on tool costs (some going well over $150.00) and so they may be seen in the future on our shores.

This is not a tool for the faint of heart, but is definitely the tool for the heaviest of users who don’t mind a little extra weight and bulk when it comes to functionality. With Wenger’s lifetime guarantee, this one is very hard to beat. 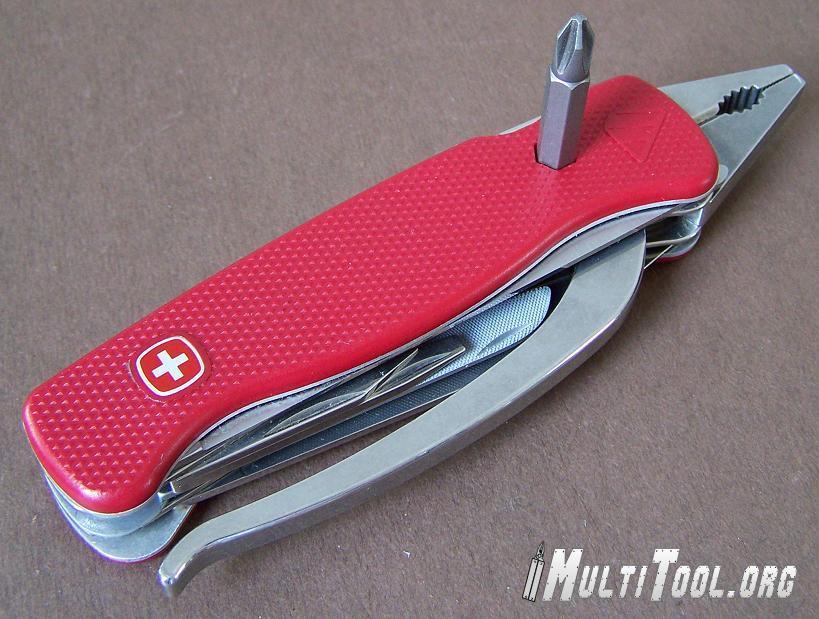