From the moment I opened the box it was clear that this was no ordinary multitool. On the contrary, it may well be the most industrial-strength multitool ever produced. No thin, flimsy sheet metal construction is to be found on it anywhere. The handles are all solid cast aluminum, just like a big Rigid brand pipe wrench. The shears themselves are two slabs of hardened stainless steel ground to perfection, and they pivot on a massive 1/4” diameter bolt. The whole device simply oozes quality and strength. 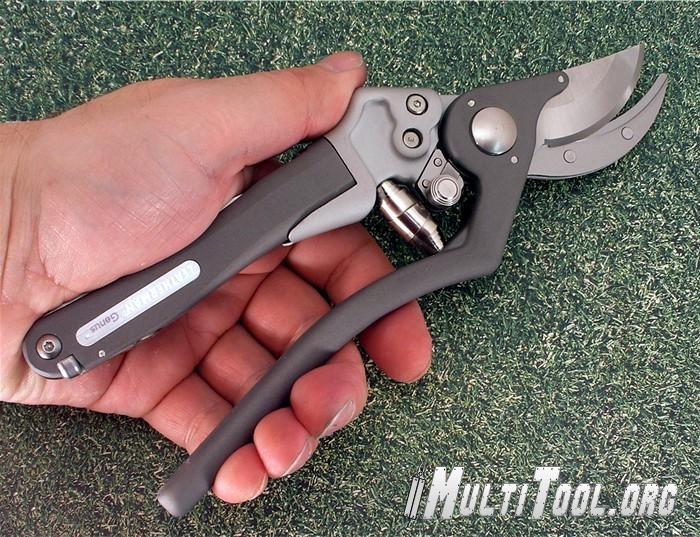 But does it work? You betcha. Not that previous pruner tools from Leatherman (the Hybrid and the Vista) were any slouches, but the commercial grade Genus completely outclasses them. Doing a little judicious trimming on my junipers this morning with a Hybrid and a Genus left no doubt about the superior cutting ability of the Genus. Something about the way the cutter head is on an angle to the handles makes it so much more comfortable to use. That of course, and the smooth metal handles with no blade channels pressing into the palm of my hand. 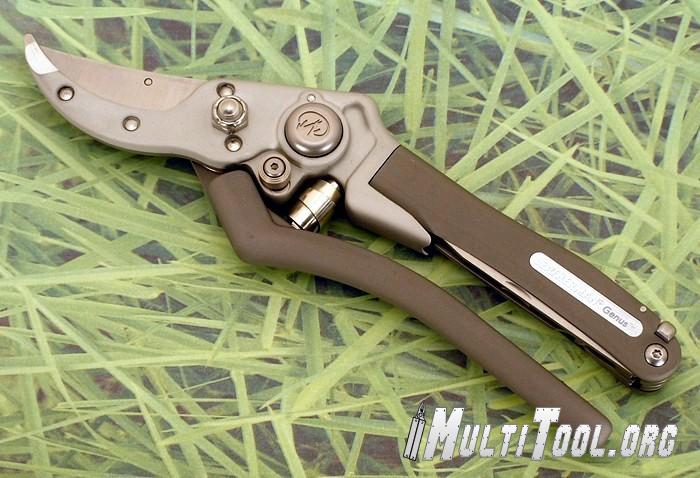 Again though, its not that the Hybrid was lacking, its just that the Genus is so superior. And it should be, given that Leatherman designed it as a tool for the landscaping professional. 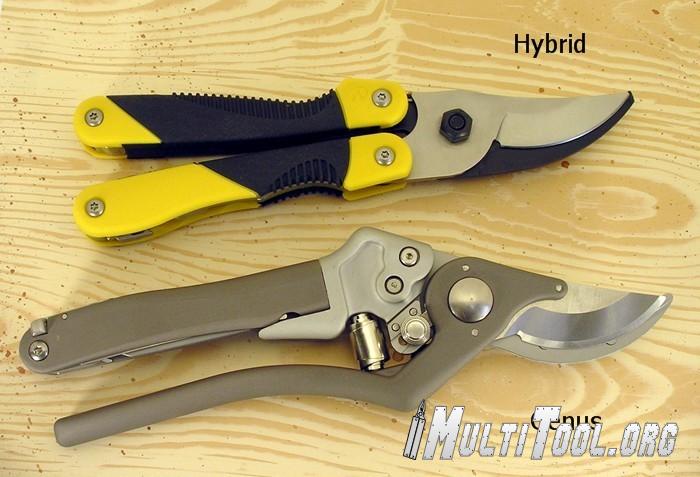 To that end, the tool can be completely disassembled in a matter of moments for ease of cleaning or sharpening. A handy diamond file with open end wrench is included with the Genus. The wrench is for taking apart the tool, the diamond file is for touching up dull pruners. It stores easily in a compartment on the belt sheath. 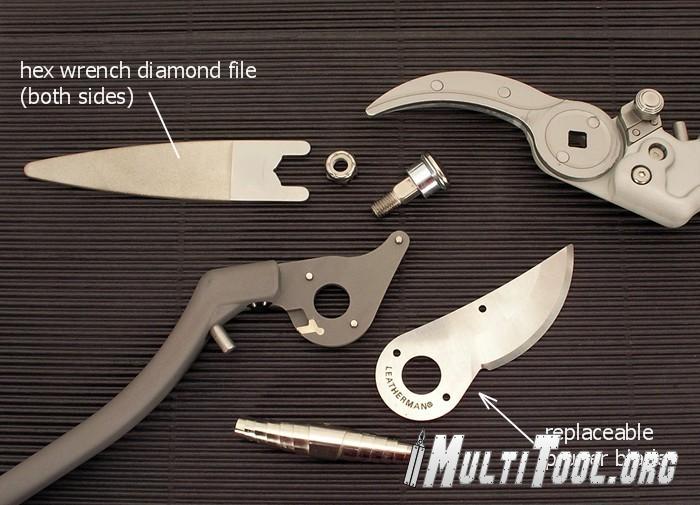 So what else can the Genus do? Push the big button on the side, rotate the handle half way around, unfold some blades and find out. There’s a 3” long knife blade that looks like its been borrowed from the Core, as well as the Core’s phillips screwdriver and saw blade. All are impressively long, and all of them lock open. 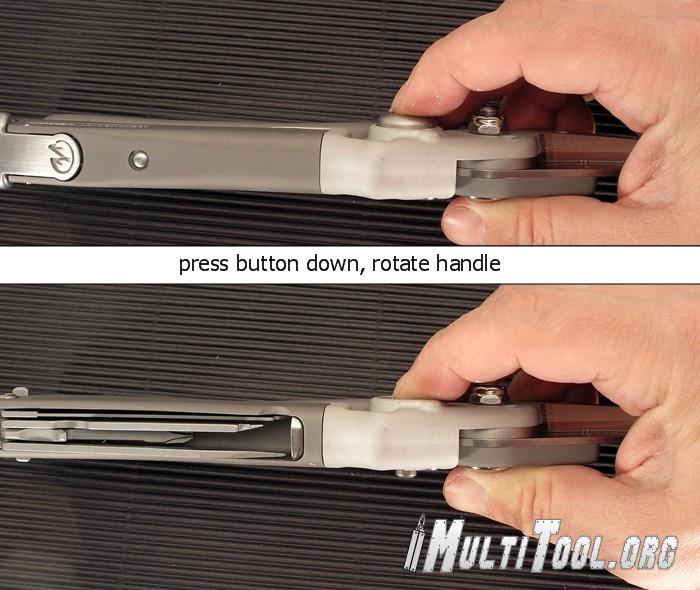 Also included is an extra long flathead screwdriver that doubles as a “sprinkler head adjustment key.” Given that it is well below freezing outside as I write this, we’ll have to wait until later this summer to test out that function. 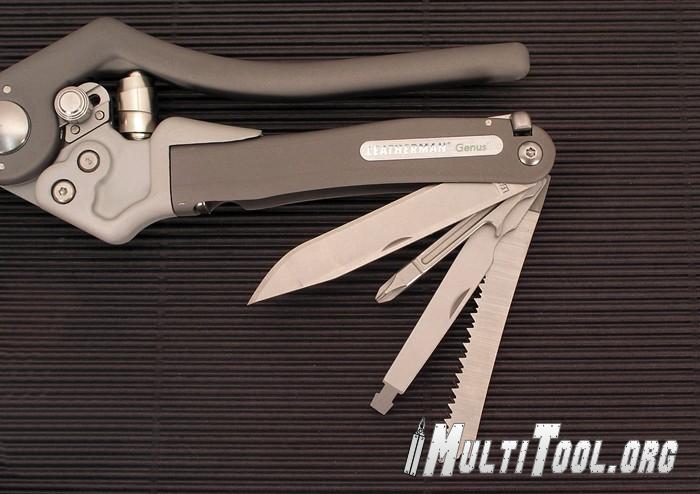 Speaking of the locking blades, Leatherman came up with a clever way of making the unlocking part go a little easier. Because the handle is rotated half way around when deploying the blades, it makes pushing the lock release lever down somewhat awkward. To solve this problem, two “ears” on the locking lever overhang the sides of the handle somewhat, and the undersides are knurled. This makes it a simple matter to pull up on the lever, releasing the locked blade. (More complicated to explain than to do. In practice it works smoothly and feels natural) 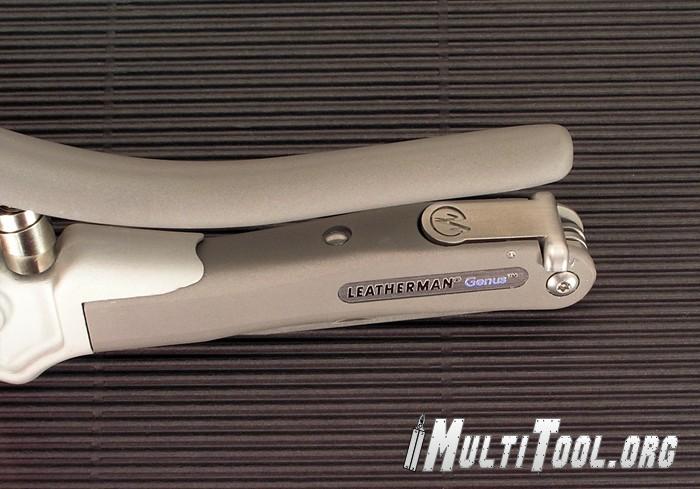 Should you ever damage the pruner blade beyond its ability to be resharpened, replacements are available from Leatherman. Same goes for the mainspring. And the diamond file/wrench. 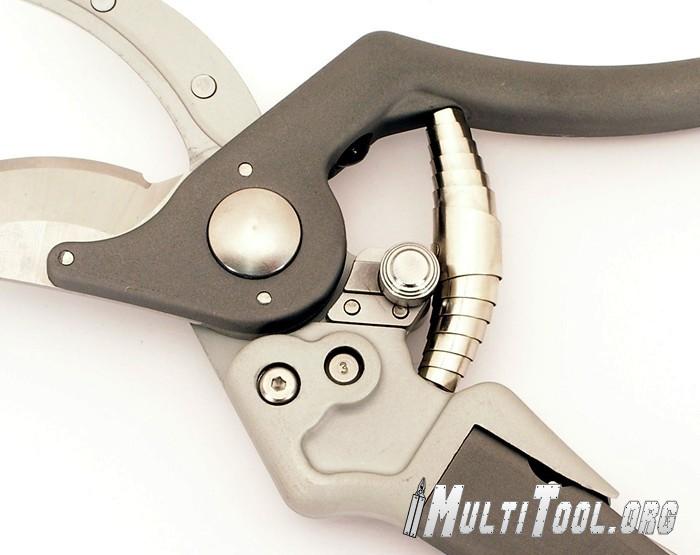 Did I mention how great the quality is on this thing? It’s fabulous. This is the way all tools should be built. From the crossbolt safety lock button that looks to have been machined on a lathe, to the rubber overtravel stop nested behind the jaws, even down to the little oval-shaped washer that prevents the safety lock from dragging on the aluminum; every little detail is done right. Quite frankly, I feel as though I’ve got a rather critical eye for nitpicking faults, and I can’t find anything to complain about on this tool. (Well, maybe except for the price.)