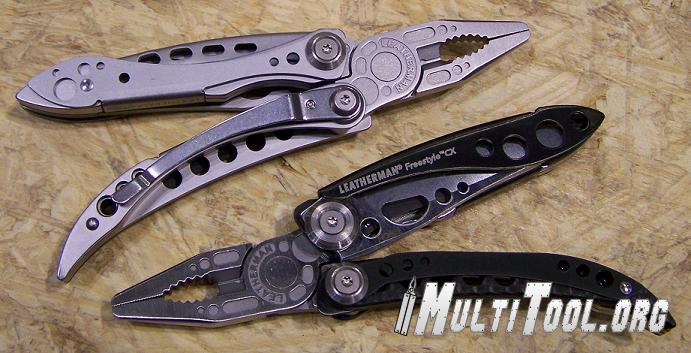 2009 brought on some serious changes to the design as we found out when meeting with Leatherman's personnel at this year's SHOT Show- the Freestyle was re-introduced, and while still similar, it was very different from what we were expecting. This new version is significantly smaller than the Skeletool as the carabiner and bit driver have been removed, leaving the Freestyle with only a plier head and one handed opening, liner locking knife blade, which are identical to the Skeletool's. The pocket clip is also retained on the Freestyle. 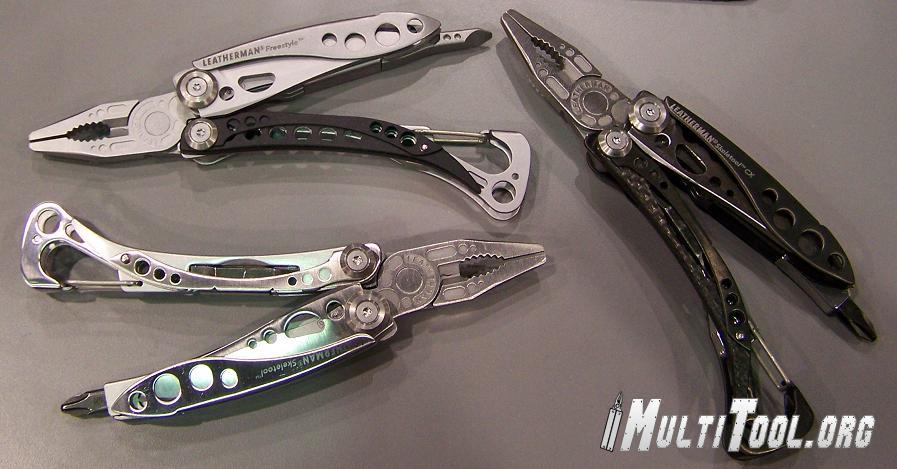 The Original Three- Skeletool, Skeletool CX and the original Freestyle Prototype with carabiner 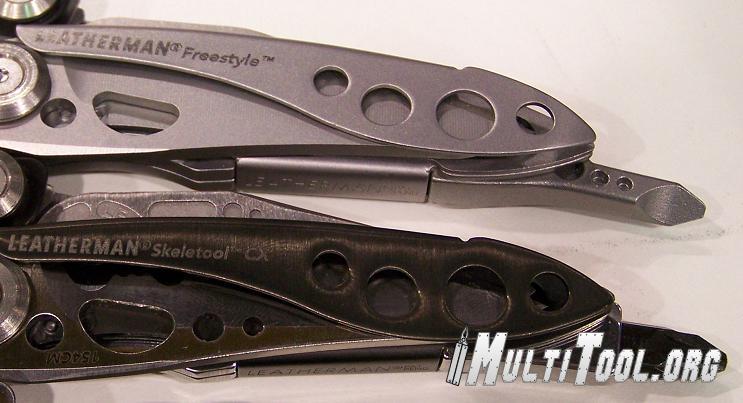 In fact, the very theory of any minimalist type tool is that while it may not have the “everything but the kitchen sink” type mentality, it is more likely to be carried, simply because of the convenience factor. As a result, minimalist tools with less features become infinitely more useful because they are less likely to be sitting at home in a drawer or tucked away on a glove compartment. Since the Freestyle clips beautifully, and unnoticeably into a watch pocket of a pair of jeans, there's really no excuse not to carry it.

What the Freestyle does have is a very reasonable set of light to medium duty pliers, with integrated wire cutters and a hard wire notch, although I wouldn't suggest tackling anything too robust with them- they are after all on a small tool. They are similar in size to the Juice line of pliers but are somewhat more comfortable to use due to the more ergonomically shaped handle- that is unless you are trying to use them “backwards” in which case you'll be pretty unhappy. I don't see that happening too often really as the Freestyle slides into your palm quite naturally. 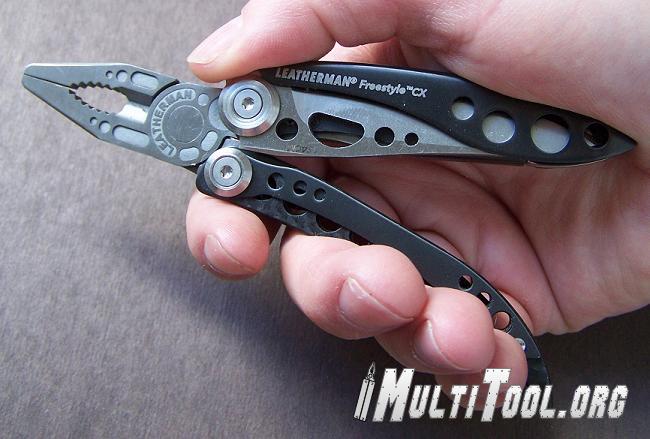 With such a small profile, it would be easy to think that the knife blade would be uncomfortable and awkward to use, but much like the pliers, it really isn't. I'd hate to cut vegetables for a large buffet lunch with it, but for most on the fly type cutting chores such as opening boxes or packaging, stripping wire or just carving a handy hunk of wood it is more than adequate. 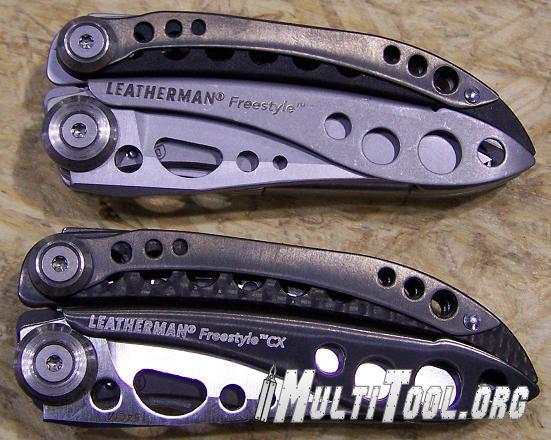 Overall, the Freestyle is a very compact, very handy little tool despite not boasting a lot of features. The differences between the Freestyle and Freestyle CX models are the same differences as between the standard Skeletool and Skeletool CX. The standard Freestyle has a zytel handle insert and 440 series steel blade, while the CX features a carbon fiber handle insert and 154CM blade. At a glance they are easy to tell apart as the standard Freestyle has a bead blasted grey finish and partially serrated blade while the CX version is treated to a black finish and plain edge in addition to the CX and 154CM markings. It is noteworthy that the carbon fiber insert does not in any way increase the strength of the tool (non load-bearing component) nor does it significantly reduce the weight. Like the Skeletool, I wouldn't opt for the CX version unless you had a specific need for the upgraded blade steel. 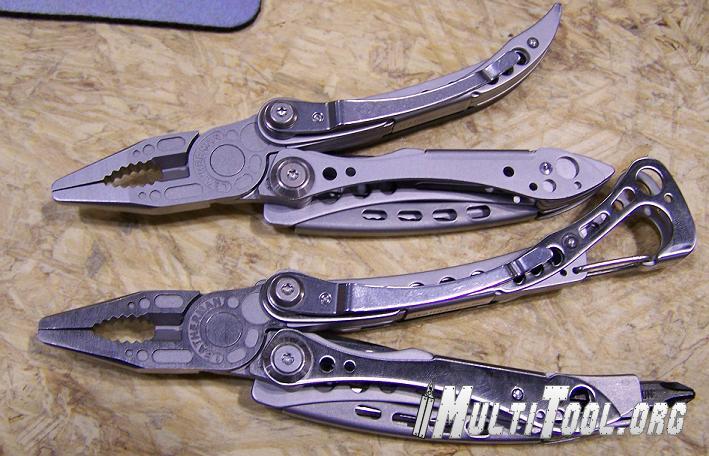 Leatherman did a good job of guessing what their customers would want, as within a few months of this latest version of the Freestyle being announced, several members had performed “carabiner-ectomy” mods on their Skeletools, effectively creating Freestyles before there were Freestyles. 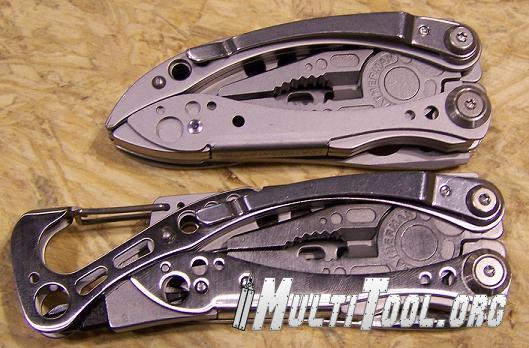 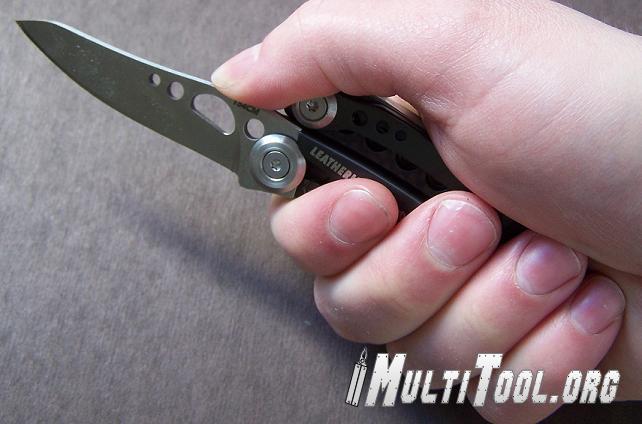 More in this category: « Leatherman Juice KF4 (Visual Tour) Leatherman Super Tool 300 Review »
back to top
Interested in this or a different tool and still have more questions?
Why not join us over on the Multitool.org Forum where our community can help you find what you're looking for!