Leatherman has been in the multitool franchise for so long that their name is synomous with the tool itself. Conquering the multitool market Leatherman wanted to expand their horizons. With the Juice series they had already created something to compete with the Swiss Army knife, Leatherman like everyone else is the business-needed something new. 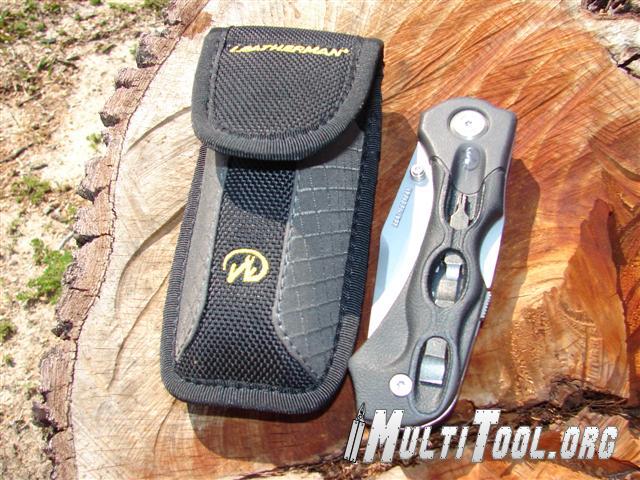 Leatherman introduced a line of mulit-purpose knives, ranging from just a blade to a knife equipped with several accessories. The one I had my heart set on trying out was the h502, it's one of the higher models but with a pocket clip and no fancy blade steel. When you first open the box you think WOW! this thing is huge, and indeed it is, having a large belt sheath to match. 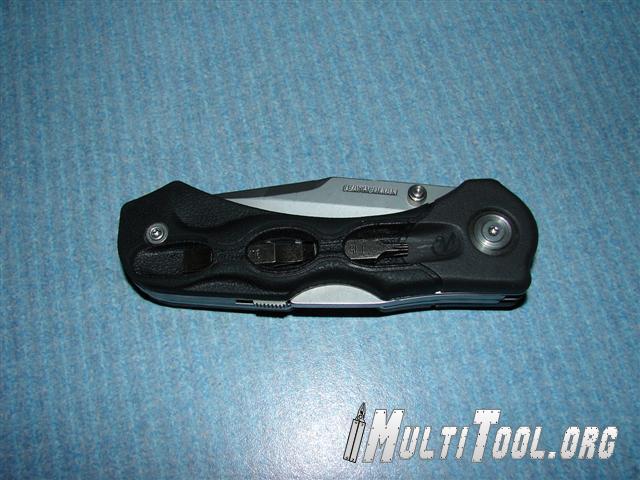 The knife consisted of a one hand (righties only) opening blade made of 420 steel and locks securely with a lock back style locking system. Internal parts consist of one can opener, a universal bit driver and their secret weapon...the rectractable Carabineer. All of this housed in a plastic/rubber handle that albeit large, is very secure. You feel very confident using this blade. 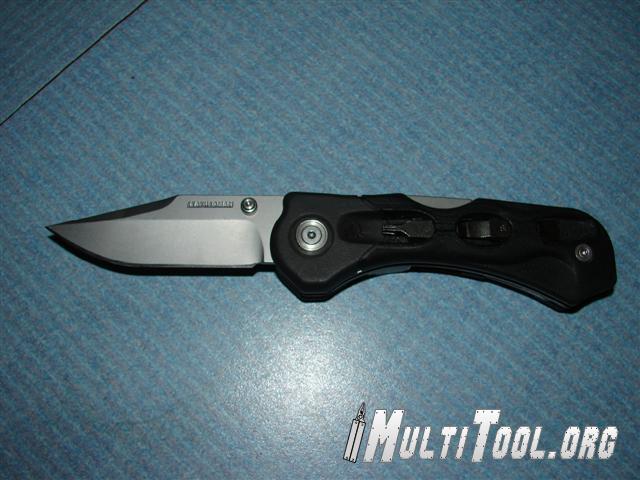 The bit driver is that similar to what Leatherman has on their Charge series and the two extra bits are stored in a recessed area in the handle, backed by a spring which keeps them from going anywhere. The bits are #1 and #2 Phillips and straight as well as one torx bit also. Not much but you can buy more for it if you need. The can opener is very non-traditional and I find it somewhat difficult to open but it just might be the user. 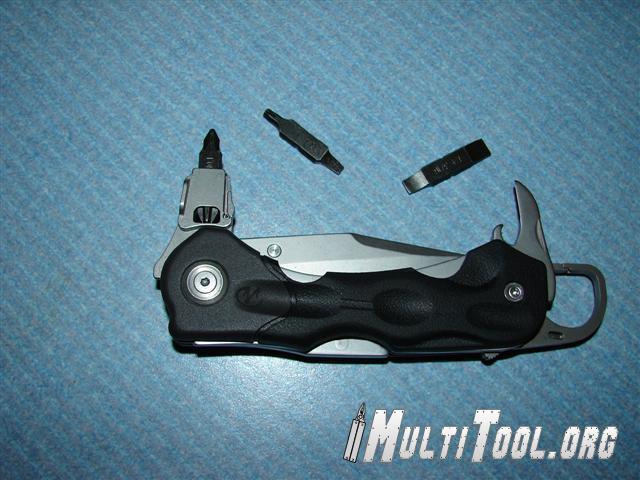 With the knife being so large I think the only way to carry it would be the sheath. It is nice in the respects that it can be carried horizontally or vertically. The crowning trick is the Carabineer, pushing on a sliding ramp. You can release a Carabineer that stores itself in the butt of the handle. Some problems have been addressed on the internet that the Carabineer can accidentally disengage and cause you to lose your tool but this has never happened to me. I think that the mechanism that drives it is very secure. 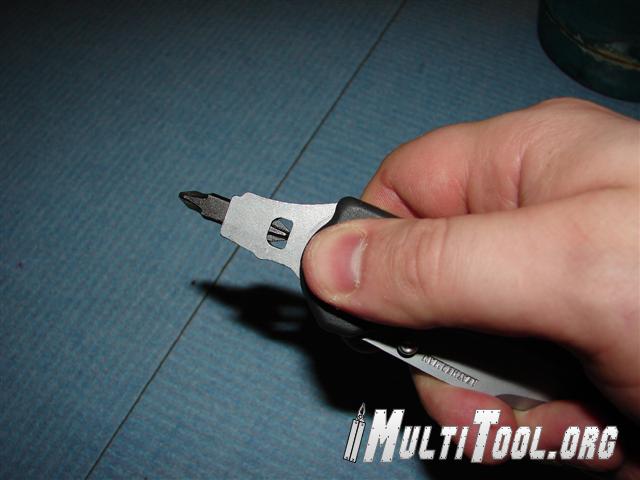 Overall, the knife is well thought out and shows that Leatherman wants to be ahead of the competition. It is by no means perfect but it is a first for them and they have done well. If you don't mind the bulk of the h502 its great for carrying all that you would ever need.