In an age where there is a fierce competition between the knife and the multitool, many companies are producing hybrids. Tools that are more knife than tool, still offer functionality that we would otherwise not have with a traditional knife. Before this hybrid was becoming the new thing to do, Buck and Peter Whittaker produced a knife that was both a useful camp knife as well as having a few “extras”. Like with most of Whittaker’s designs, you can see his flair for the non-traditional mixed with what Buck knows will work for a real world design. The end result is something that is very useful, both in the woods and in the concrete jungle. 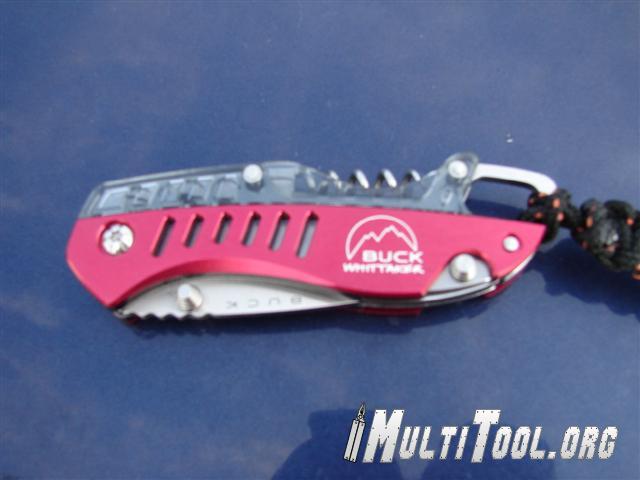 The Summit is first and foremost a knife, so a big part was played on the shape of the blade as well as the ergonomics of the handle. The knife with the blade extended has kind of a “U” shape to it, not only giving the user a better grip but also allowing the user to have more control over the blade. Fully ambidextrous and with a point so fine you could pick splinters out of your fingers with no problem at all. This knife is really slick to open, I do wish the blade was a little longer though, due to it’s size I feel slightly uncomfortable flicking this one open. The lock however does lock very securely and there is little room for it to fail. 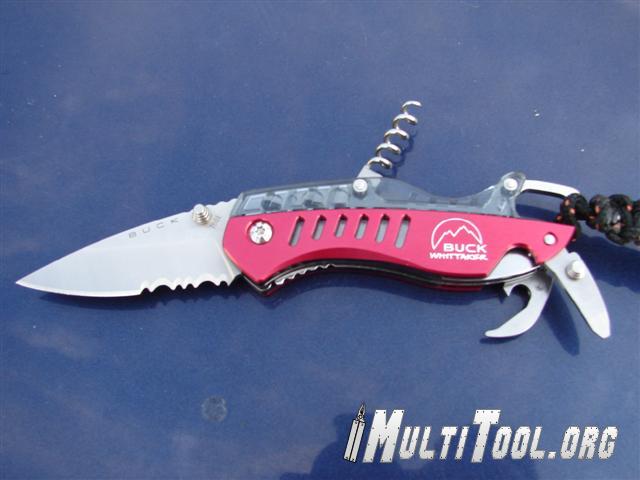 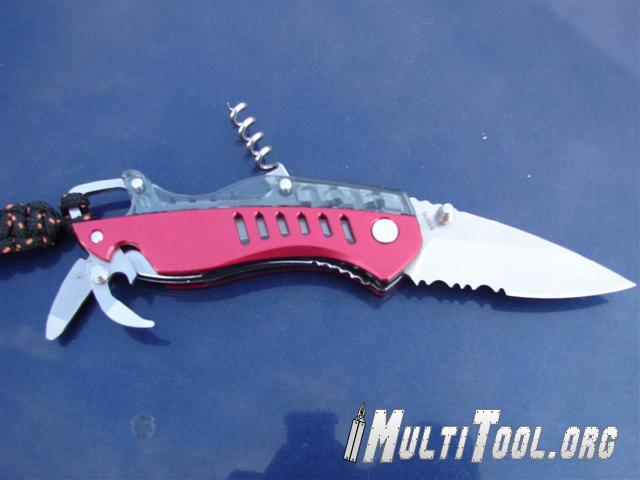 What sets this knife apart from the rest of the pack is that not only does it have multiple functions, but it had them way before Leatherman came out with their multipurpose knives. On the end of the handle where the heel of your hand rests, are two tools that are opened via a thumb stud. On one side you have Buck’s traditional can opener and on the other side is a screwdriver that works on both flat and Phillip head screws. Both tools do their job wonderfully, and the one had opening of them just ads the icing on the cake. The only tool I don’t have a use for (nor would someone in the woods needs) is a corkscrew. Now there is a fine group of individuals over as SOSAK that would definitively tell me, that there are more muses for a corkscrew than just opening a bottle of wine. That may be true, but I would have opted for something more important, a pocket clip. I know that it’s Whittaker’s thing to design all of his tools with a lanyard area, but lots of us folks would love to have one of his designs with a clip. It would not only enhance it’s usefulness but make it quicker to access. When you have something tried to your pack or gear via a lanyard, it can be just darn inconvenient. 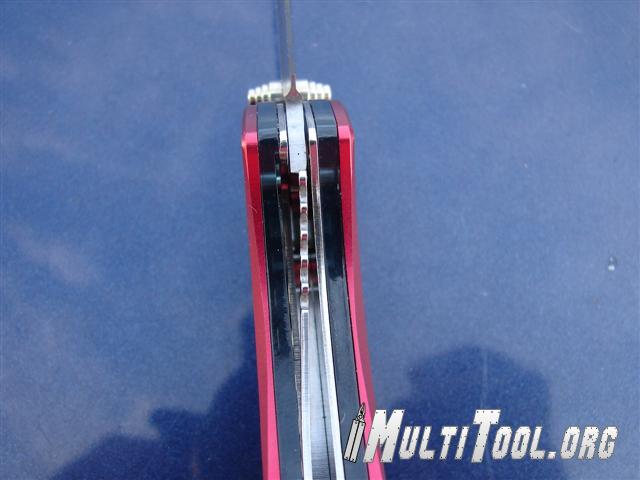 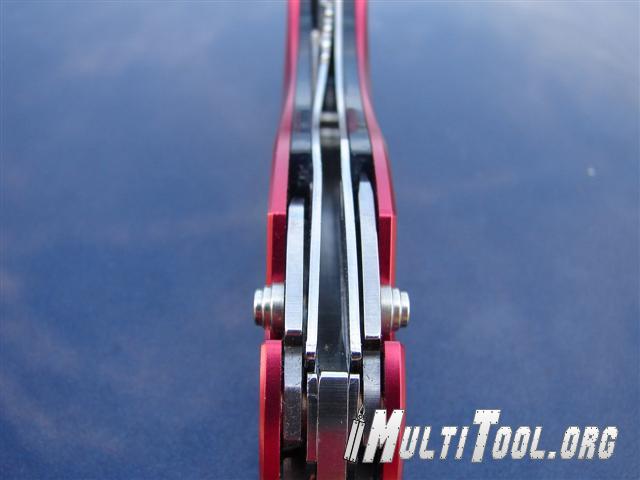 Overall the Buck Summit is a great knife with form, function and design all at the heart. I really am a fan of Whittaker and Buck’s collaborations, but there is always room for improvement, or maybe even some consumer feedback. If you’re a fan of what Whittaker designs for the outdoors, check out the Summit.