I know this is a little tool that’s had plenty said about it already but I thought I might just throw my two pence in as well. 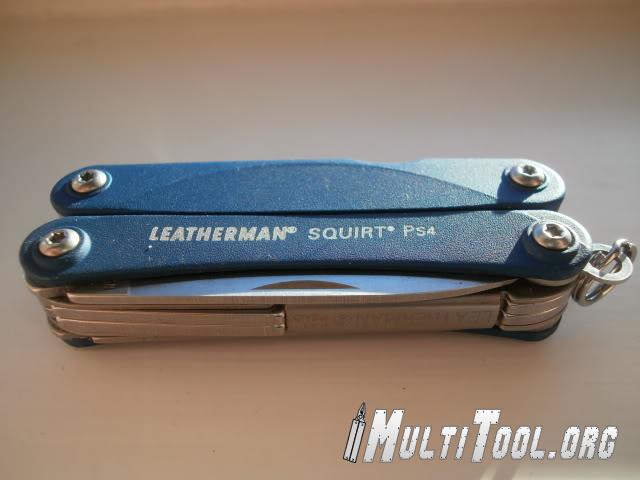 Starting from the outside I’ll look at the scales first. LM has given them a new textured finish with the aim, I suspect, of improving grip. Nothing wrong with that in concept but I do have an issue or two with it, namely I’ve found that they chew up any other items I might have on my keyring, it’s like keeping a square of wet & dry in your pocket. Now I don’t think it’s a huge leap of the imagination to think that the kind of person who’ll have a Squirt on their keys is likely to have some other stuff too, in my case a AAA torch. Ironically this has meant that I’ve been paring it up with my LM Monarch 300, which has a very similar finish, or rather it did until it wore down. Perhaps it’s a cunning ploy to get us to stop carrying other brands of lights?

The scales also have a crescent shape in them; the idea I believe is that you should be able to work out what tool is where simply by feel rather than having to look. Myself I’ve not yet found that to be the case, but that’s likely a reflection on me, not the tool.

On to the tools; first up we have the blade. It’s roughly 1 5/8” (or 41mm) long, has a single bevel and is non-locking. IMO on a blade this size the fact it doesn’t lock is no drawback at all, it’s only for lighter cutting tasks and, just so long as you remember it doesn’t lock, I can’t see a problem. Similarly not everyone is a fan of chisel ground blade (bevelled on only one side) but I don’t see the disadvantage on such a small blade, it’s not like you are going to be working with it for hour after hour.

Next up we have the file. This is a double-sided affair being single cut on one side and double cut on the other. It also has a tooth cut on the edge, it should be noted perhaps that LM don’t advertise this as being a metal saw. What they do say, simply, is that this is a metal/wood file. I’m in two minds over just how useful a file this is if I’m honest, mostly due to its tiny size. I’m honestly struggling to think of a time when I might find myself in need of a file with almost no reach. If you can then I’m open to suggestions. I don’t hate it I just don’t get it. 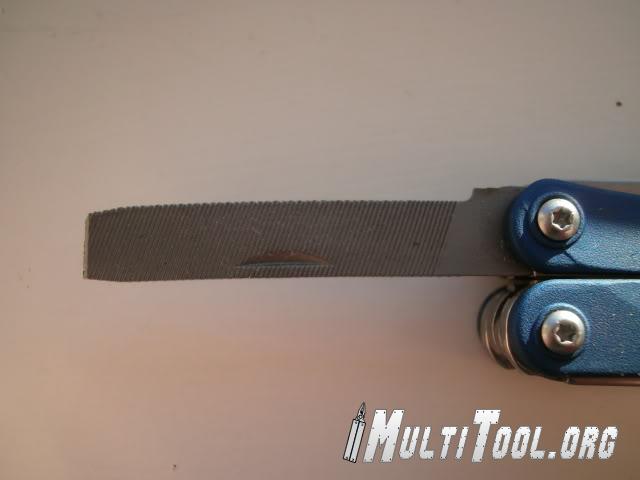 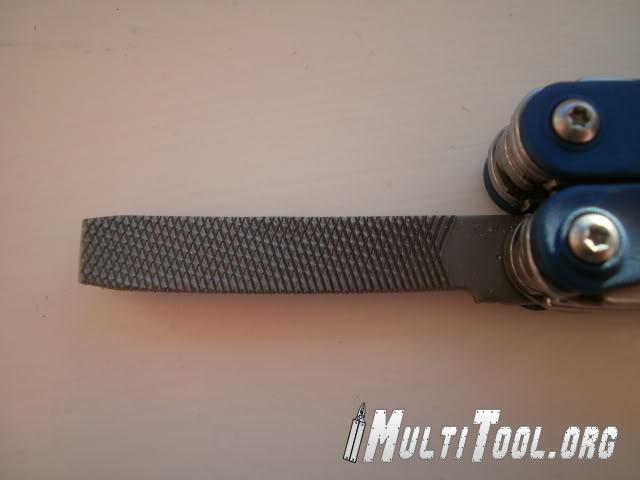 Last of the long tools are the scissors. These small scissors are really what make the new PS4 and ES4 stand out from their predecessors and are what got me excited when the first shots of this multi were released, luckily they don’t disappoint. Good and sharp with a fine enough tip to get into small spaces these really are a good set of small scissors to work with. The spring action is crisp and pleasant to use. A slightly troubling fact is that there has been a couple of failures reported here on the forum but lets hope they’re isolated cases. It’s certainly nothing to get worried about yet I think. 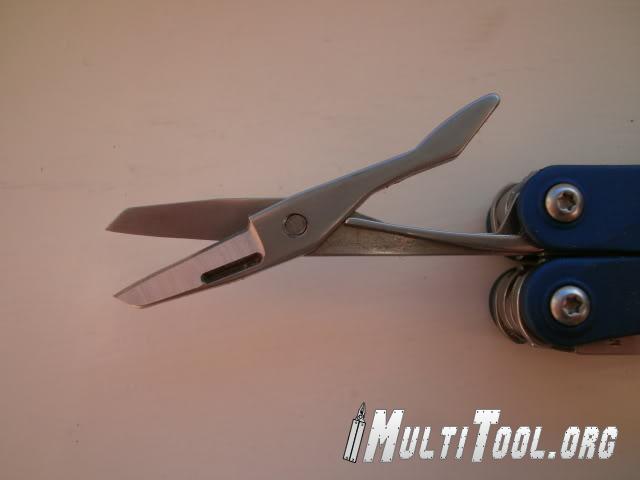 Ok, next we have the medium flat screwdriver and bottle opener. As a screwdriver it’s just fine, not a lot of reach perhaps, but hardly a deal breaker. On the other hand I do think LM need to look at the design of the cap lifter again. Genuinely I can’t think of a multi I have that has one that is worse. The little hook that lifts the underside of the cap is just too short and constantly slips and almost always takes two or three attempts to pop the cap off. 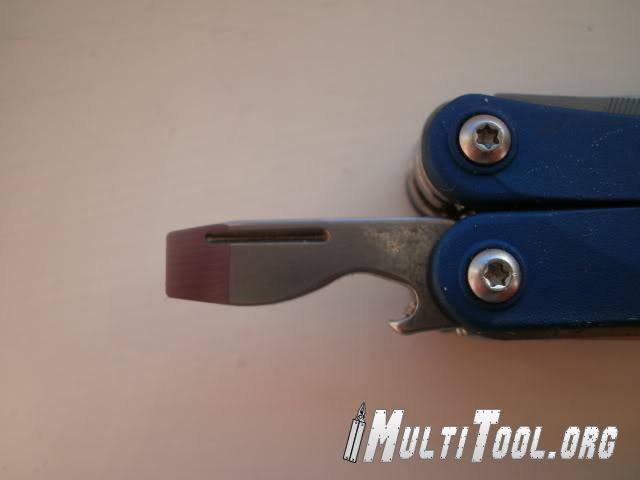 Last of the outside tools, the flat Phillips driver. I’ve always been a little apathetic towards flat Phillips and think it’s a shame LM didn’t keep the 3D one found on the original E4. Anyway it works as well as such a light tool could be expected, just so long as you are sensible about what you tackle with it. A bonus is that it does work as a small flat driver as well, just so long as the screw head isn’t recessed in any way (eyeglass screws are well within its capabilities). A last little note on the two short tools is the relative inaccessibility of the nail nicks, I’m stumped as to why LM have make then so hard to get at as they sit just below the level of the scales. It just seems unnecessarily fiddly to me. 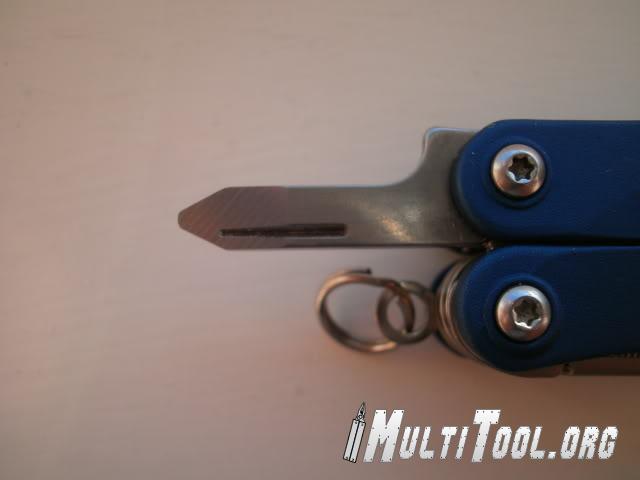 Finally we have the sprung pliers. I’ve got to say these are the reason I got a Squirt in the first place, wonderfully compact and easy to underestimate. LM splits them into three parts; needle nose pliers, regular pliers and wire cutters. At their widest the tips will open to somewhere just over 1” (about 27mm) and you might be surprised by just how much force you can bring to bear with them. The cutters work well on copper but lack a ‘hard wire’ notch so be careful as to what you cut. 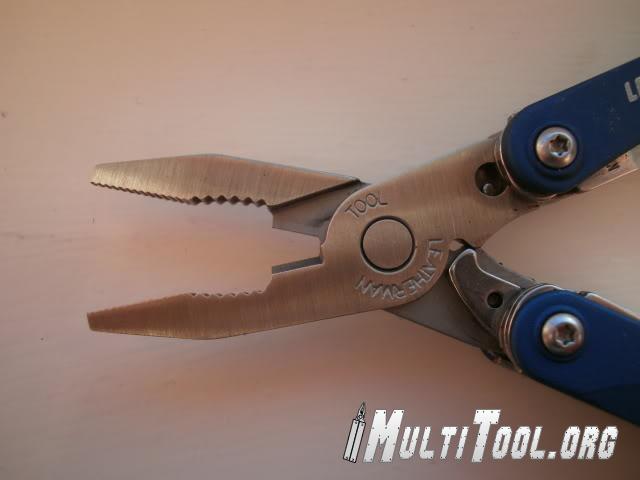