I have owned this Tool for over 2 months now and apart from one item I can find no fault with it and it has become my EDC along with the 600 that is soon to be modified to make it more useful for my needs. First the criticism the tin opener is a joke, it is far too short for it’s job, in fact it can hardly look over the top of a can to use it for puncturing a can just to get a start at opening it. The Philips screw driver is made out of the same gauge steel as the one on the Recoil and the Diesel, Gerber have made a bit adapter to fit, so all three can use any ¼” bit including the Leatherman bits and those long double ended bits if you need get in to a deeply embedded screw. I am guessing it will hold the bit magnetically like the standard one now does so the long ones should hold fast, I will be getting the bit holder ASP so will let you all know. 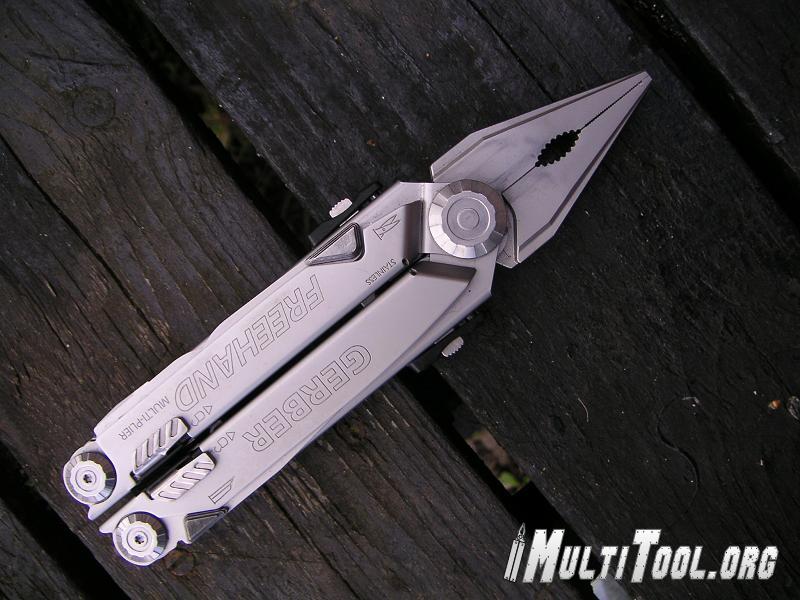 The knife blade is a good design like an upside down Tanto this gives it a long flat straight edge that I have found very good for all sorts of cutting situations and the point is sharp and durable for puncturing to start the cut, (in fact the day I wanted that tin opened it was this blade that finally opened it without a problem. I have always preferred a wharncliffe blade design. I can not fault the strength of any of the components on this tool.

I am not really keen on serrated blades so I would have preferred a file or anything instead of the serrated blade but give it its due it does slice foam rubber nicely if you ever need to do that (maybe suitable for an upholsterer) and has a rounded tip so there is little chance of wounding anyone if you were using it to free them from a seatbelt in a rescue situation.

The plier head is a bit slim but has plenty of weight behind it, perfect for knocking cable clips in. Gerber do often bring there tools out in a broad head version later so maybe I can look forward to repeating this purchase later, if they produce it I will definitely get one. 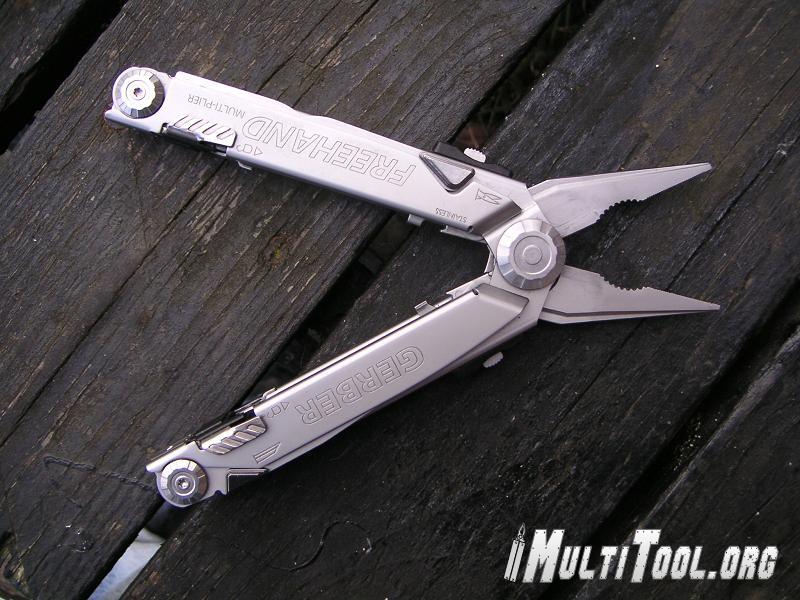 The weight of this tool gives you a lot of confidence in its capability. The blade steel is 2.5mm thick and the tools are 2mm. The ruler/screwdriver is supposed to be a pry bar and I have used it for that purpose with good effect (mind I would not like to use it whilst levering from the handle I would not risk the axle mechanism but the bar itself has been well used to force things off the wall (such as Patrice blocks and dido rail). The scissors are good just a bigger version of the normal Fiskar’s that are to be found on most Gerber tools. I do wish they would use a screw instead of a rivet but all the brands have this fault. I regret the thought of one day having to belt the rivet with a hammer when if they were made properly a simple tightening of the screw would take up any slack that occurred due to use. This brings me to another gripe I have, the wire cutters for once these are not a scissor action but the two blades come together to nip the wire apart, the trouble is you can see daylight between the blade when closed tightly, a better idea than the stupid scissor action but they still have not got it right. I once read that the scissor action was used so if the tool got nicks in the blades they could be filed flat in the field, I still have a pair of wire cutters over fifty years old that have never had to have that sort of treatment they were made out of the right material, ok they may be prone to rust but I do not want to put them in a beauty pageant and oil is cheap enough.

Although this is a heavy tool once in its pouch it is easily carried on your belt, I have my pouches fitted with Blade Tech clips so they are easy to take from the belt and replace.
I know its replacement will be another of the same tool, excellent but could be brought well above the rest with the right steel and a few changes of blades but as it is, it’s easy to work with while I wait.