Gerber’s latest sliding head plier design is the Flik, which is an updated version of the MP400 design, and a more compact version of the larger, heavier duty Freehand . This tool is living proof that a multitool made in China isn’t necessarily a cheap hunk of junk! 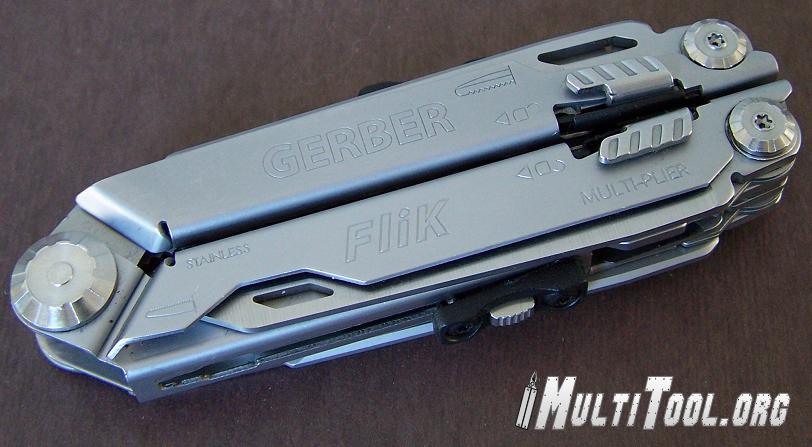 By the numbers, the Flik has an impressive number of features and improvements over the old sliding head designs. Unlike the older Multi Plier models, all of the implements are accessible from the outside of the tool, meaning that the only thing you need to open the pliers to use is the pliers!

The plier mechanism is quite robust and slides out of the handles quickly and easily, ready for use. Once it is extended, the handles need to be opened to the maximum to allow the secondary portion of the lock mechanism to engage. This secondary function keeps the handles from folding too close together, and alleviates the old Gerber problem of hand pinching! The drawback is that this design occasionally sticks too far to one side, but not the other, causing it to jam open. Sometimes with a little jiggling by hand it can be fixed- other times it may require a set of pliers to press in and release the lock mechanism. I’d suggest playing with it a little bit before taking it away from other pliers so you know how it happens and you can avoid it. 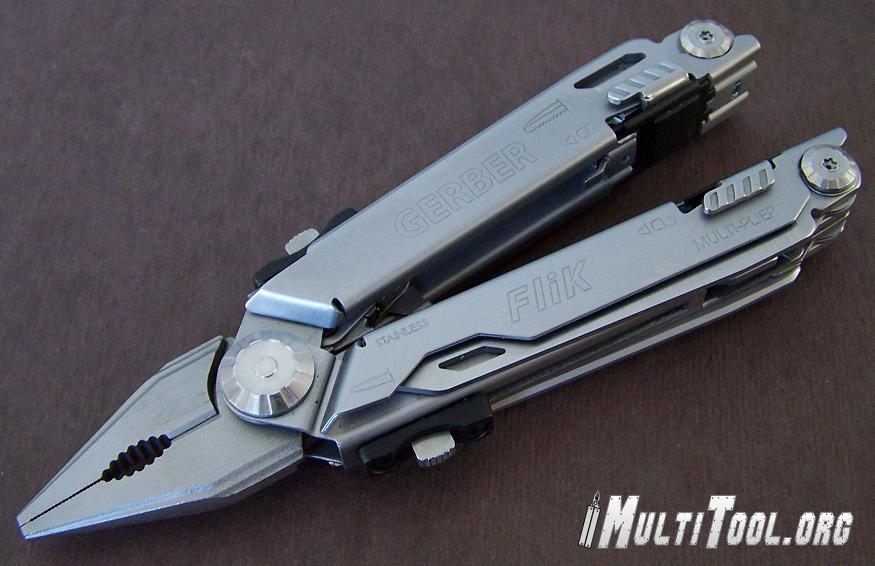 The pliers themselves are fairly sturdy, basically just smaller versions of the heavy duty Freehand’s pliers. The Flik’s plier head also has an anvil type wire cutter- what Gerber calls V type cutters (because it is two V shaped blades coming together > <) rather than the bypass cutters found on most tools these days. This plier head is large enough to instil confidence which is nice. 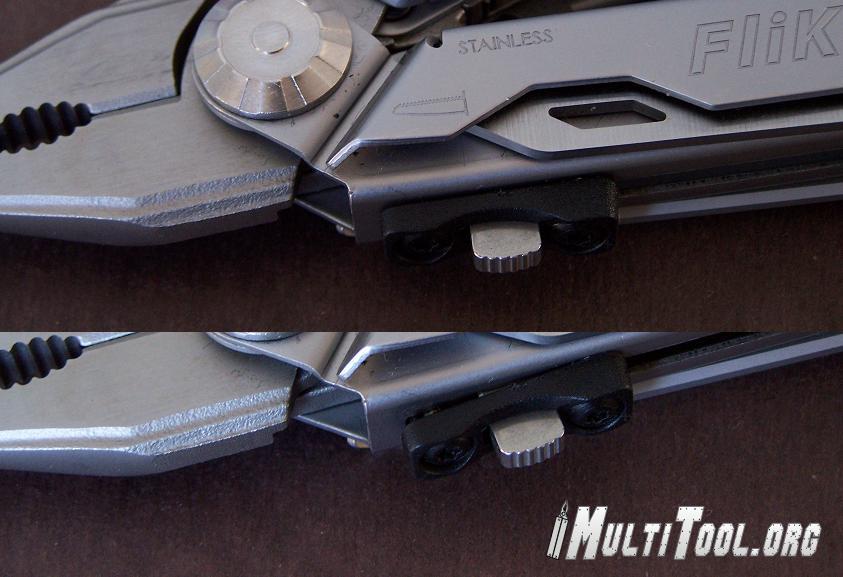 The Flik’s outside tools are placed in similar arrangement to Leatherman’s one handed designs like the Wave , Charge or Surge . There are two one handed opening blades, one plain, one serrated, a wood saw and a set of Fiskars designed scissors- since Gerber is owned by Fiskars, that shouldn’t come as any surprise! The plain blade is a nice, modern wharncliffe type which makes a very handy utility blade. The serrated blade has an even alligator tooth type serration pattern and a flat end, again for safety. With a little practice (and a little more care!) the wood saw and scissors can also be accessed one handed, but you’ll save yourself some effort (and possibly blood!) by using both hands. Each of these locks open using the latest incarnation of Gerber’s SAF T LOK sliding lock mechanism. Lock up is solid, but not as smooth as previous models for unlocking. 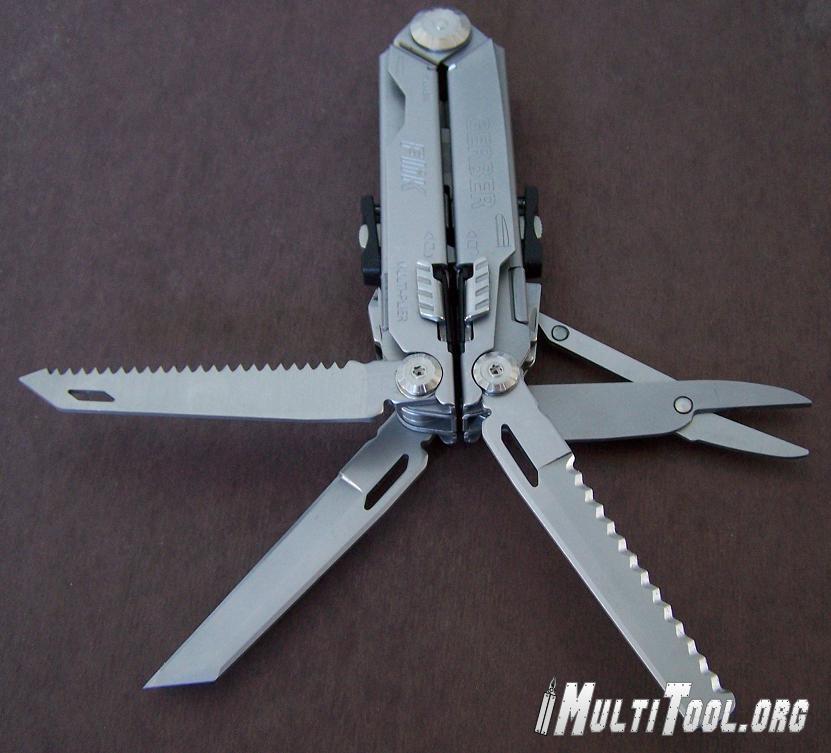 One drawback to the blades is that a fair bit of the blade is unsharpened to keep you from cutting open your thumb when opening the blade. This is a very thoughtful feature, but it makes the useable part of the edge about half an inch shorter than it needs to be. As a tool, it’s function, not elegance that counts, but even so, using the base of the blade for precise cuts is out of the question with the Flik. 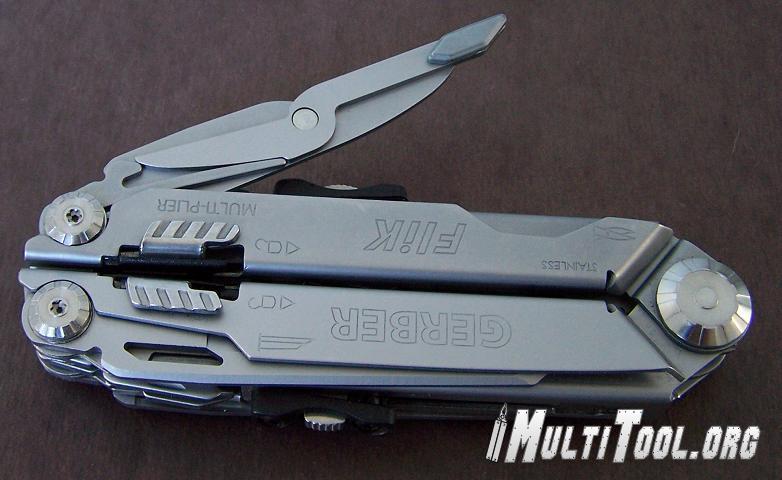 In addition to the four main tools, the handles also conceal a bottle opener with integrated flathead, a small flathead and folding lanyard ring on one side, and a can opener and phillips screwdriver on the other side. While the selection of tools is adequate, the implements themselves aren’t the greatest, and are a little stumpy. As a result, the Flik may not be the best choice for anyone who encounters recessed screws on a regular basis. Ditto for anyone who uses a can opener regularly. All of the tools do function adequately enough for occasional use, but for heavier use I’d opt for another tool with more capable implements. Lucky for me, most of the beer I drink has twist off tops, and most of my cans have pull tops! 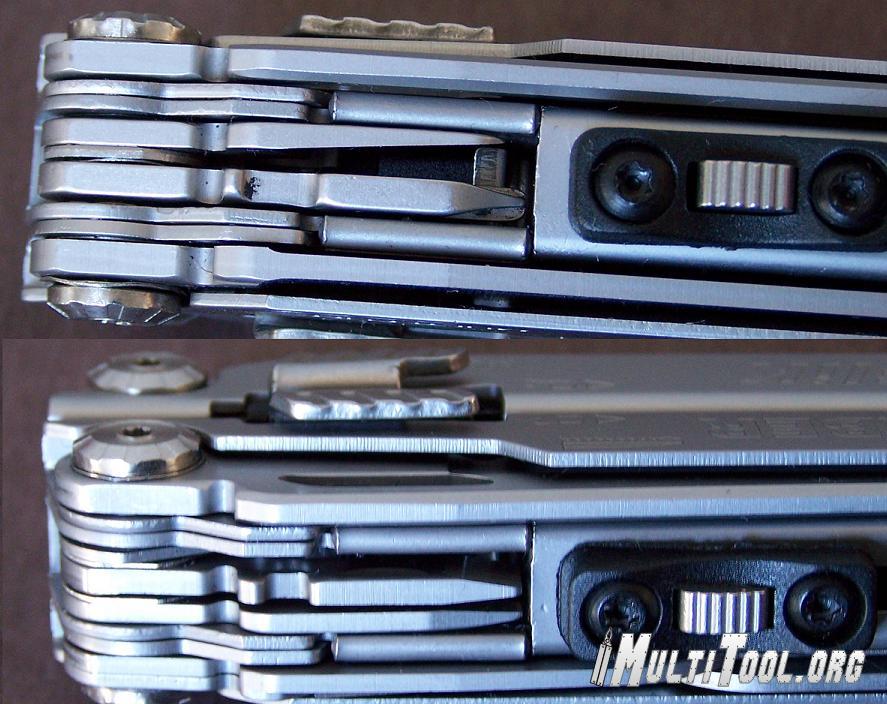 The smaller implements themselves are a little awkward to get at initially as they recess almost completely into the handles. Gerber considered this and set it up so that sliding the lock mechanism forward will cause the bottle opener, can opener and screwdrivers to pop up a bit for easier access. The video below demonstrates how this works. You will still need to use something to pull out the insignificant little folding lanyard ring though. 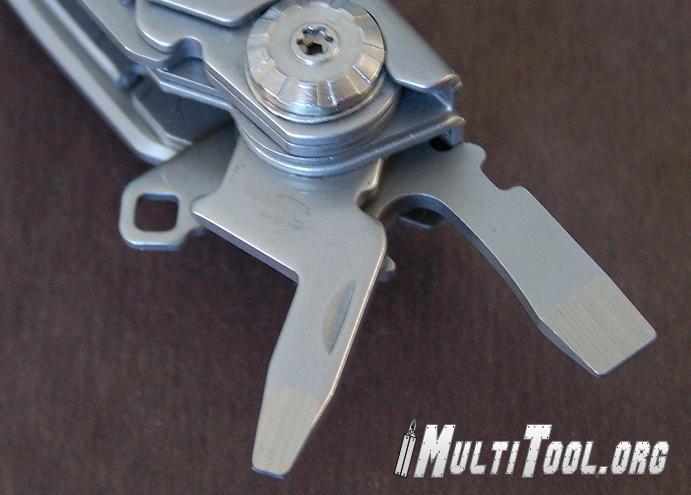 Fit and finish on the Flik are reasonable, and in line with the older USA made models from Gerber- not the best out there, but also not the worst, and perfectly functional. 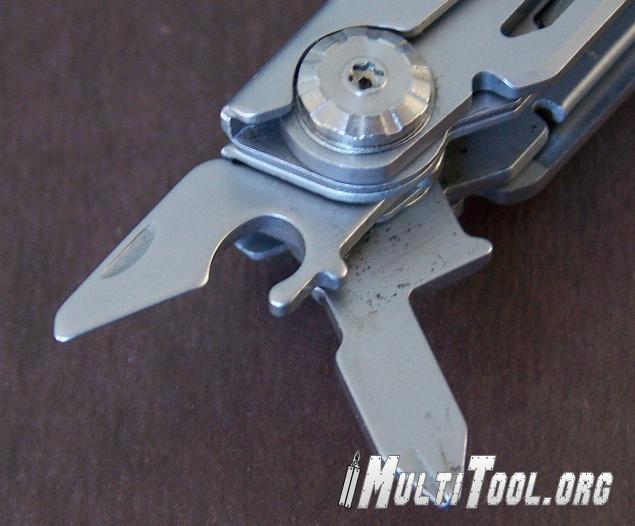 The sheath is also quite impressive. Many tool manufacturers try to make sheaths that fit the tool both in the open or closed positions, and up until now, none of them have been all that successful. The sheath has either been too bulky, or it fit nicely when the tool was closed, but not when the tool was open… basically all were good attempts but until now no one has really done it. Gerber finally has with this sheath. It isn’t overly bulky and it fit’s the Flik like a glove in the open or closed positions. Someone really earned their paycheque with this one! 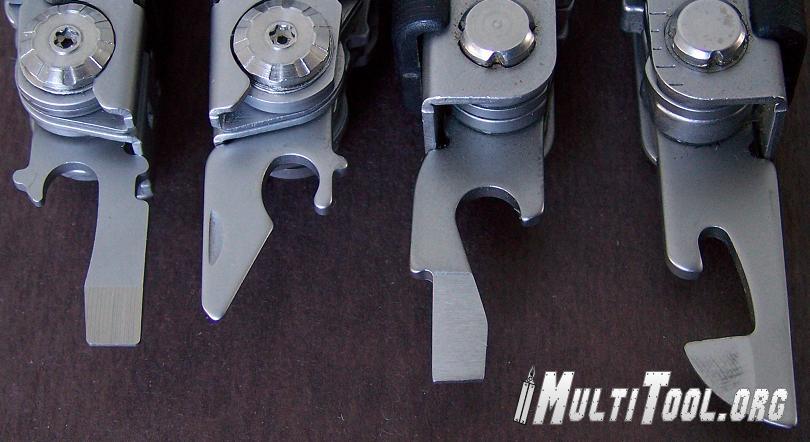 All in all, the Flik is a very good medium duty tool and is a great choice for anyone who likes one handed functionality- the blades, the pliers, the scissors and saw are all accessible with one hand, at least with a little practice! The other implements are functional, but not ideal. With the increased availability of pull taps, twist off caps and other “convenience” type packaging, bottle openers and can openers are less and less important every day. It would still be nice to have longer screwdrivers, but all multitools are a give and take. In this case, in order to have the sliding head pliers that completely disappear into the tool (unlike previous Multi Plier models) the interior room has to be dedicated to that. Still, the Flik is a very capable and handy tool, especially for it’s size, and wouldn’t be a bad choice for the average person’s edc. 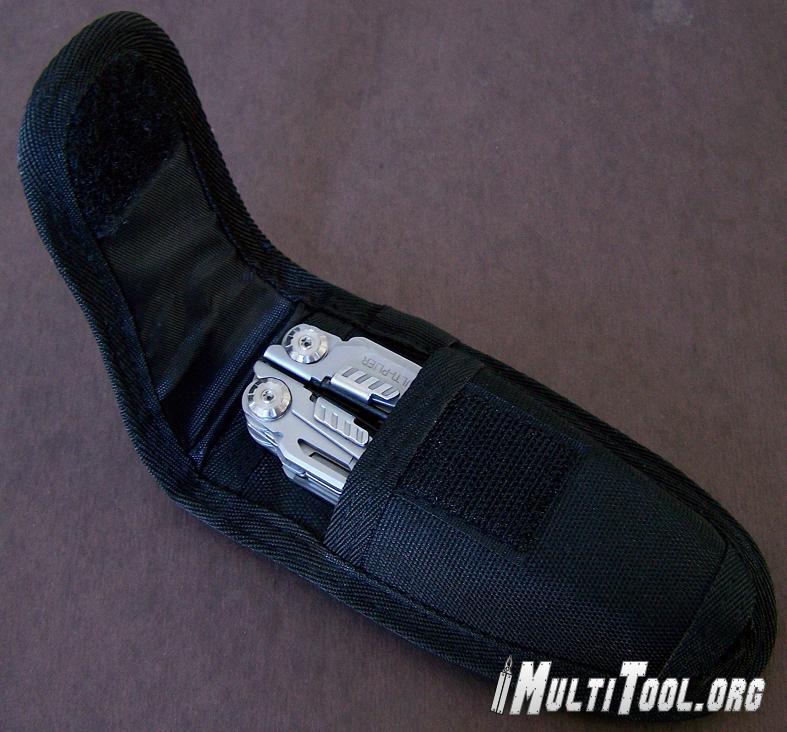 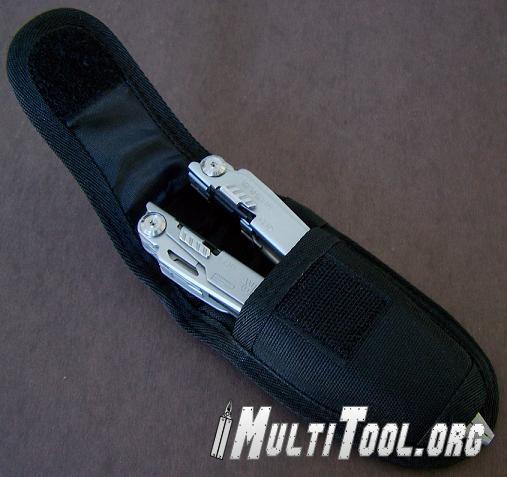 More in this category: « Gerber Multi Plier 700 Urban Legend Review Gerber Shard Review »
back to top
Interested in this or a different tool and still have more questions?
Why not join us over on the Multitool.org Forum where our community can help you find what you're looking for!